Duterte says Cory is popular only for losing her husband 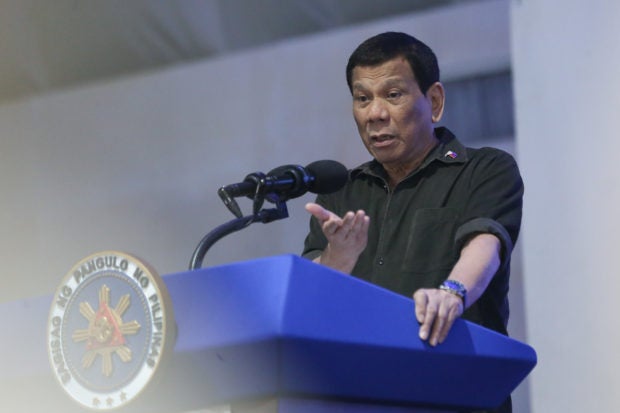 “Cory Aquino maybe popular, she is popular today. Why? For losing the husband in the hands of Mr. Marcos,” Duterte said before agrarian reform beneficiaries in his hometown Davao City.

The President claimed that during Cory’s presidency, she spared her family’s property Hacienda Luisita from being subjected to the government’s land reform program.

The late president has made agrarian and land reform as the centerpiece of her administration’s social legislative agenda. However, her family background and social class as a privileged daughter of a wealthy and landed clan became a lightning rod of criticisms against her land reform agenda.

“Hindi nya sinali yung kanya, she exempted her own. So you call her, the one who freed, emancipated. It’s an incongruity, si Cory,” he added.

Cory was the most prominent figure of the 1986 People Power Revolution, which ended the 21-year rule of the late dictator Ferdinand Marcos.

It was Cory who appointed Duterte as Davao City vice mayor officer-in-charge, which became his platform to enter mainstream politics.

In a speech in March last year, Duterte acknowledged Cory’s role in his political career.

“I was appointed OIC vice mayor. That starts me in Davao and I owe it to Cory Aquino. I got out from the prosecution, then started my career as an OIC, then ran after the OIC, mayor,” Duterte said.