Reminder for Duterte: People Power paved way for your presidency 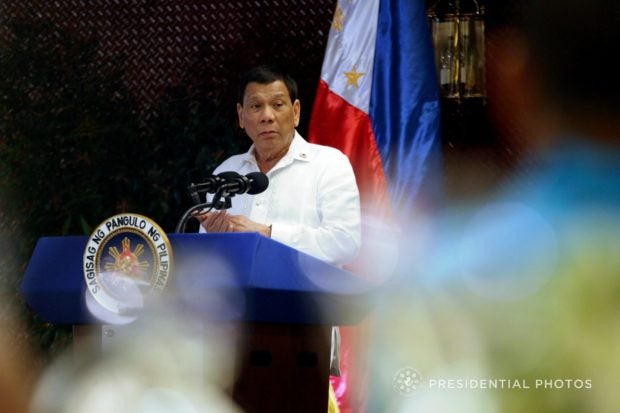 DAVAO CITY — A Davao City-based human rights group reminded President Rodrigo Duterte that the struggle against the Marcos dictatorship was key to his rise to power.

Konsyensya Dabaw (or Konsensya) said in a statement that Mr. Duterte would not have become mayor, congressman and then President if the late dictator Ferdinand Marcos had not been toppled.

“Davaoeños can attest to the importance and benefits of standing up to tyrants,” said Magz Maglana of Konsensya, a group of human rights advocates and victims of abuses during martial law.

“The expulsion of the Marcoses made adjustments to local political arrangements possible that enabled the rise of alternative leaders like then appointee Vice Mayor Rody Duterte,” Maglana added.

Mr. Duterte had began honoring Marcos and befriending the Marcos family after they supported him in the 2016 presidential elections.

He promised to allow the burial of Marcos at Libingan ng mga Bayani, which the Marcos family had surreptitiously staged in November 2016 despite Marcos’ alleged fake World War II medals and reportedly bogus guerrilla group.

Mr. Duterte has also praised the late dictator. At a ceremony in September in Marcos’ hometown of Batac, Ilocos Norte, Mr. Duterte said Marcos was a hero to the Ilocanos. “Why do we have to debate on that?” he said.

Mr. Duterte’s mother, Nanay Soling, helped in the resistance to the dictatorship with her “Yellow Friday Movement.”

“We have a long list of martyrs and heroes — who originated from Davao as well as those from other places but came to regard it as home—whose rights were violated through illegal arrests and detentions, torture and killings, and who endured innumerable hardships in their resistance against authoritarianism,” Maglana said.

She said cases of illegal arrests, torture and summary executions of Davaoeños under the Marcos dictatorship became public when then Davao Archbishop Antonio Mabutas issued his first pastoral letter against martial law.

“Davao and its people have long-standing traditions of asserting rights and freedoms, as well as creating and holding multiple spaces where these can be expressed and claimed by different groups,” Maglana added.

He said the people of Davao, who had become “used to unchanged political arrangements and relative progress in three decades” were in danger of mistaking “sterile security and superficial stability for durable peace and order.”

“Basking in its new status as the de facto Philippine political center and its claims to being a model and top performer, Davao might miss out on extending solidarity to besieged peoples and communities, and succumb to the arrogance it accuses Metro Manila of—thinking that its way is superior, if not the only, way,” Maglana said.

She added that it would be a mistake for Davao to believe “that the rest of the country revolves around it and that each and every criticism constitutes a malicious attack.”

“Seeing so many familiar names and faces from Davao and Mindanao now in leading positions, we might misconstrue that legitimate support for change means an uncritical stance and absolute acquiescence to government,” Maglana added.