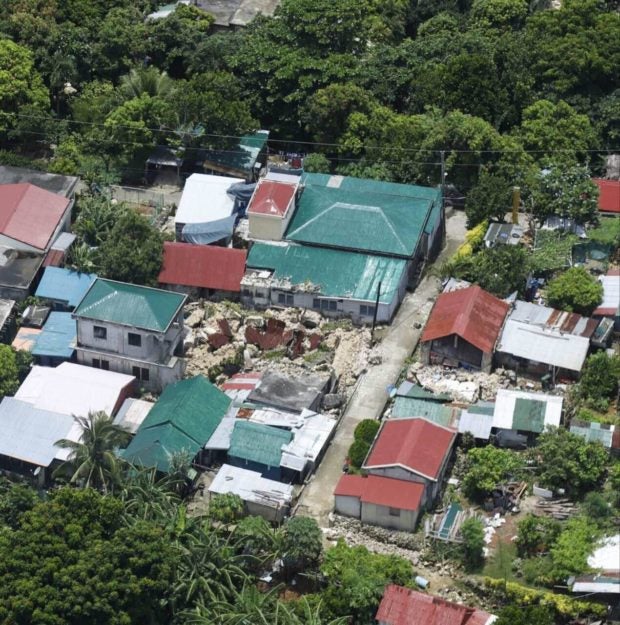 An aerial inspection of earthquake-affected area in Itbayat, Batanes. Photo from the Office of Sen. Bong Go

MANILA, Philippines — The Department of Social Welfare and Development (DSWD) said on Friday that it extended assistance to families who were affected by the twin earthquakes in the Itbayat town in Batanes.

A report from the DSWD Disaster Response Management Bureau said it dispatched 158 family food packs to survivors of the earthquake.

The DSWD said additional 1,312 food packs; 125 family tents; 400 sleeping kits; and 60 folding beds are in Port Irene in Sta. Ana, Cagayan which will be delivered to the quake-hit town via Bureau of Fisheries and Aquatic Resources vessel.

The Department also said over 160 pensioners in Itbayat have received their stipend on July 30.

The DSWD will likewise extend Emergency Shelter Assistance (ESA) worth P30,000 for every family with damaged houses while P10,000 worth of cash will be given to those with partially damaged houses.

Nine people were killed while around 60 others were injured after a magnitude 5.4 quake hit the northernmost part of the country on July 27. It was followed by a stronger magnitude 5.9 quake. /jpv