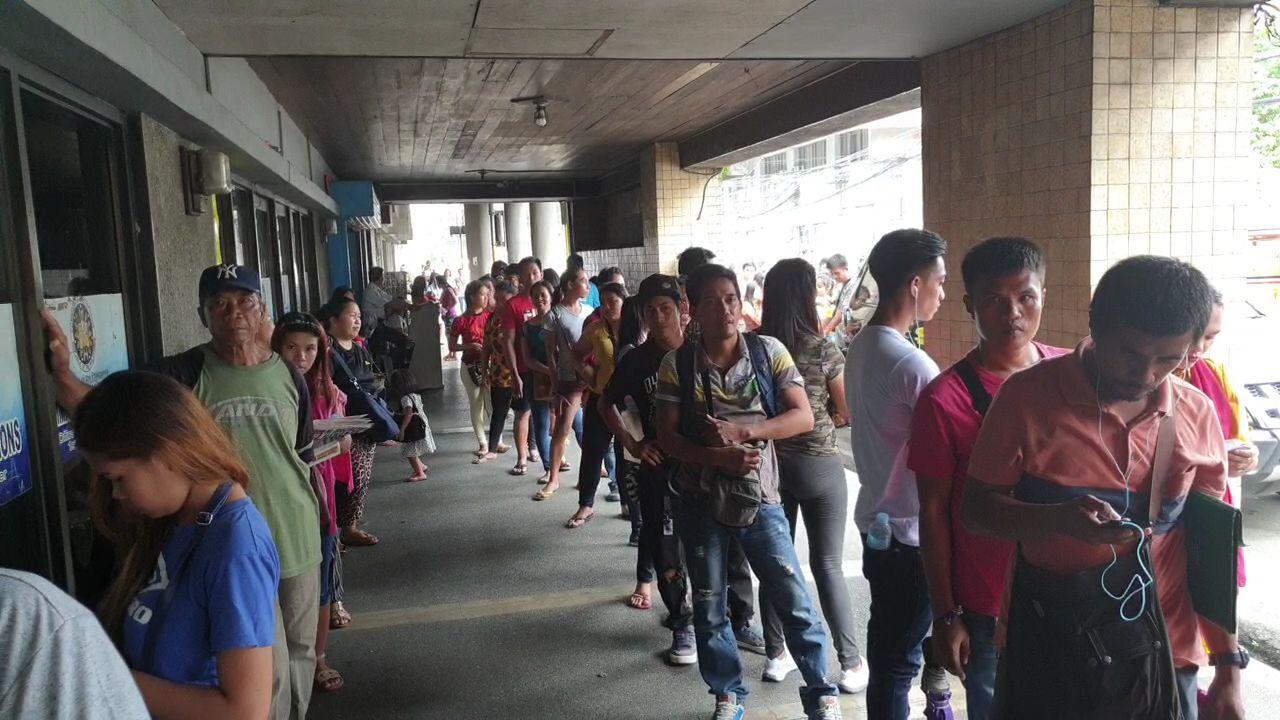 City Election Officer Marchel Sarno said they had compatibility issues with the signature pad and their computers’ peripherals.

He said the units needed some upgrading too.

Only one unit was functioning as hundreds lined up to process their voter’s registration applications.

He said the problem was being dealt with as they had requested additional units and operators from the Provincial Commission on Elections’ (Comelec) office.

IT experts from the Comelec also worked to upgrade their units as fast as they could.

When the Inquirer visited the Comelec office on Thursday, August 1, people were crowding inside the office.

Some have become impatient and wanted assurance if they could be accommodated within the day or needed to return instead.

As of August 2, Comelec IT experts were still working to solve the problem, while long lines were observed at their office in downtown Cebu City. /lzb