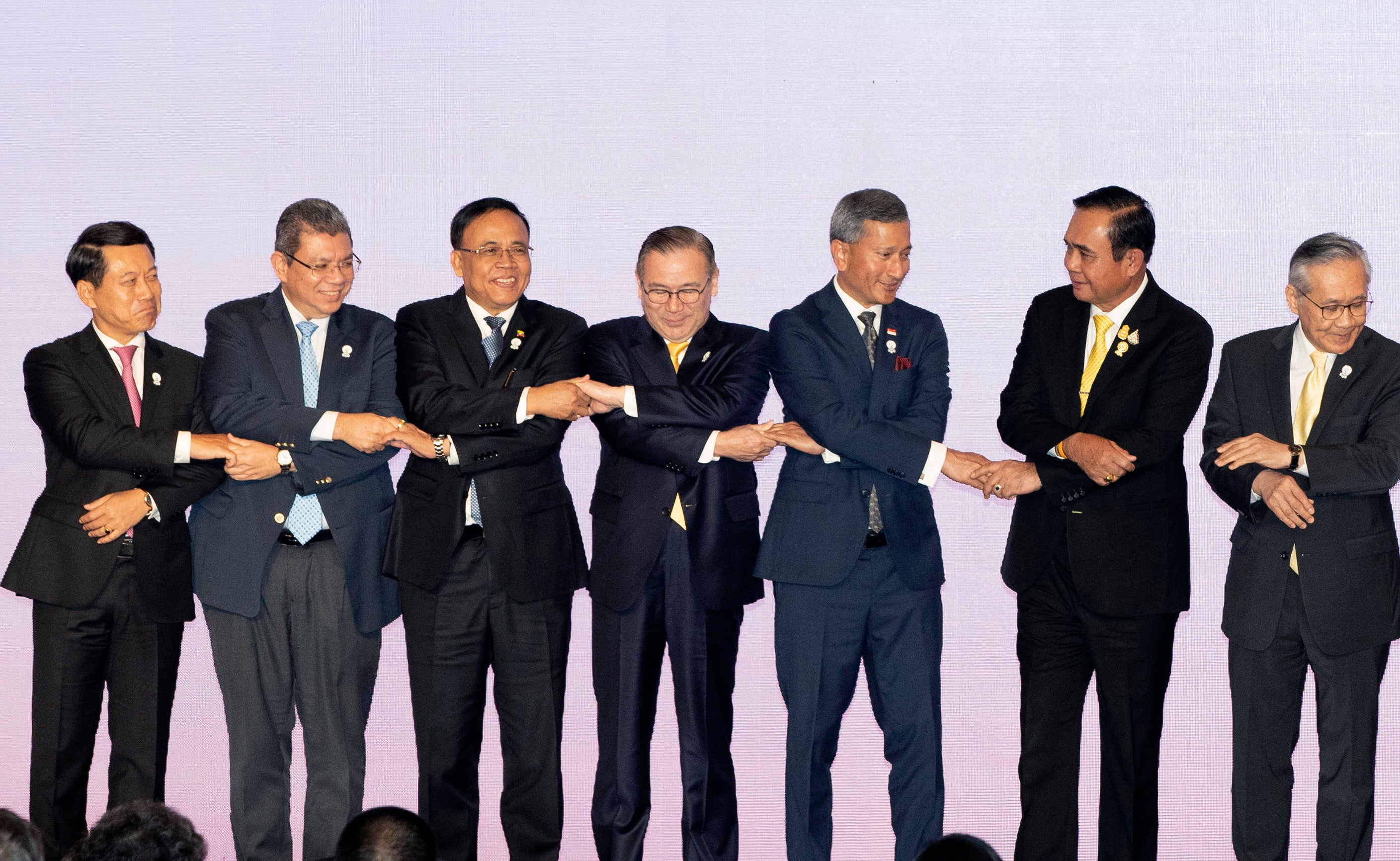 BANGKOK — Southeast Asian foreign ministers opened their annual meeting Wednesday with a call from host Thailand for deeper integration to expand trade and bolster prosperity in the region amid rising global challenges.

The meeting takes place in the shadows of rising security tension on the Korean Peninsula, China’s aggressive territorial claims in the South China Sea and the U.S.-China trade war.

“We must recognize that looking inward and being myopic is not our option and never will be,” he said in his opening speech. “Amidst a great turmoil, we must be more outward and forward looking than ever before.” He warned the road ahead “could be treacherous” but said greater cooperation among ASEAN members and outside partners could help sustain long-term growth.

“It is a difficult balancing act, but overcoming fear and distrust among ourselves, and between us and other powers will make ASEAN an integral part of sustainable global peace and prosperity that could lift all boats,” he said.

The struggle for influence between the U.S. and China has put ASEAN in a tight spot. ASEAN leaders at their summit meeting in June adopted an Indo-Pacific engagement framework that sought to find a middle ground and keep on the good side of both Washington and Beijing.

Beijing’s attempts to project its influence globally through its Belt and Road Initiative, an ambitious development program of major infrastructure projects, while Washington is promoting its own vision strategy for a Free and Open Indo-Pacific, which Beijing regards as directed against it.

ASEAN’s concerns about China are sharpest in the South China Sea, where Beijing uses a projection of force to maintain a territorial claim over a huge area, with parts overlapping claims by ASEAN members Vietnam, the Philippines, Malaysia and Brunei.

“Maritime cooperation” is one of the areas on which this year’s meeting agreed to focus, but where that involves China, it is marking progress by touting completion of an early draft maritime Code of Conduct including all the group’s concerns, but subject to revisions that are likely to drag on. Analysts suggest that even if the document is finally accepted by China, it will have no effective enforcement mechanism, and Beijing will act without any real restraints.

Beijing can also count on its allies in ASEAN, such as Cambodia and Laos, blocking any consensus to confront China more boldly.

The prospect of economic cooperation seems brighter and there are hopes that most of the negotiating on the Regional Comprehensive Economic Partnership cam be completed by the end of this year. RCEP would include non-ASEAN members such as Australia, China, India, Japan, and South Korea.

Defusing tension on the Korean Peninsula was expected to be a big concern at the 27-member regional security forum ASEAN is also hosting this week. South Korea said the North fired fired two short-range ballistic missiles off its east coast early Wednesday in its second weapons test in less than a week, seemingly raising the stakes for the security discussions.

U.S. Secretary of State Mike Pompeo, due to arrive late Wednesday, will be Washington’s point man at the ASEAN meetings.

But he will have no significant North Korean interlocutor to deal with on the issue of denuclearization. Thai officials say Pyongyang’s Foreign Minister Ri Yong Ho is not coming, and North Korea will instead be represented by its ambassador to Thailand.

Pompeo remained optimistic. He said Wednesday he’s very hopeful for a quick resumption in nuclear talks with North Korea despite the North’s recent weapons tests that have clouded already uncertain prospects for a return to the table.

Pompeo told reporters accompanying him to Thailand that some preliminary work on a new round of talks has been done but no dates have been set. The State Department says the lead U.S. negotiator, Stephen Biegun, will be in Bangkok for North Korea-related discussions but has not released his schedule.