PCSO estimates P250M in Lotto revenue loss due to suspension

“Four days [of suspension] po is around P250 million…That’s only Lotto,” PCSO General Manager Royina Garma said in a press conference when asked how much revenue the agency could have collected during the four-day suspension of its gaming operations. 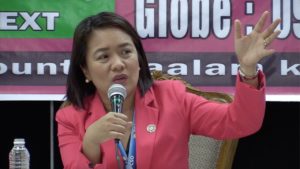 Duterte’s suspension order led to the closure of more than 30,000 gaming outlets since Saturday.

The President, however, lifted the suspension of PCSO’s lottery operations Tuesday night.

READ: Lotto back; probe of PCSO to focus on corruption

Presidential Spokesperson Salvador Panelo earlier said that others games like the Small-Town Lottery (STL), Keno, and Peryahan ng Bayan (PNB) remain suspended “pending the investigation of illegal activities and corrupt practices related thereto until the Office of the President evaluates the results of said probe.” /je

ADVERTISEMENT
Read Next
Thailand seeks deeper cooperation as ASEAN ministers meet
EDITORS' PICK
Congress urged to extend session for approval of COVID-19 response bills
Amid protests, Trump talks of war — and reelection
Cherry Mobile teams up with Cloud Panda PH, launches online store
DOH: COVID-19 mortality doubling time, transmission rate down
Leveling up your ‘lutong bahay’ with the kitchen companion you never knew you needed
Restaurant dine-in operations approved in MGCQ areas
MOST READ
Binay dares DOTr execs to commute to work during GCQ
51 percent of German firms holding back investments in PH, but not because of COVID-19
Cole Sprouse arrested while joining peaceful protest against racism
Chaos as thousands return to work in Metro Manila
Don't miss out on the latest news and information.