Cynthia Villar: It’s not yet time to pass divorce bill 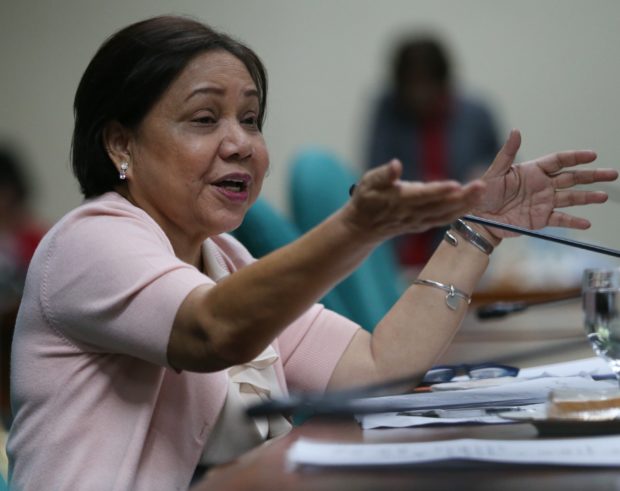 MANILA, Philippines — This is not the time yet to pass a divorce bill in the Philippines, Senator Cynthia Villar said on Tuesday.

The proposal has been revived in the Senate with the filing of separate bills by Senators Pia Cayetano and Risa Hontiveros.

But Villar, who has been against divorce, said the proposed legislation would have a “hard time” in the Philippines.

Asked about her personal opinion on the issue, the senator said, “E hindi naman ako magdi-divorce.”

But when a reporter jokingly asked about the other party wanting to get a divorce, she also said jest, “Kaya nga e. Ayoko nga e. E ‘di advantage sa kanya ‘yun.”

Villar is married to former Senate President Manny Villar, the richest Filipino billionaire based on Forbes Magazine’s 2019 list of wealthiest people on the planet. /je