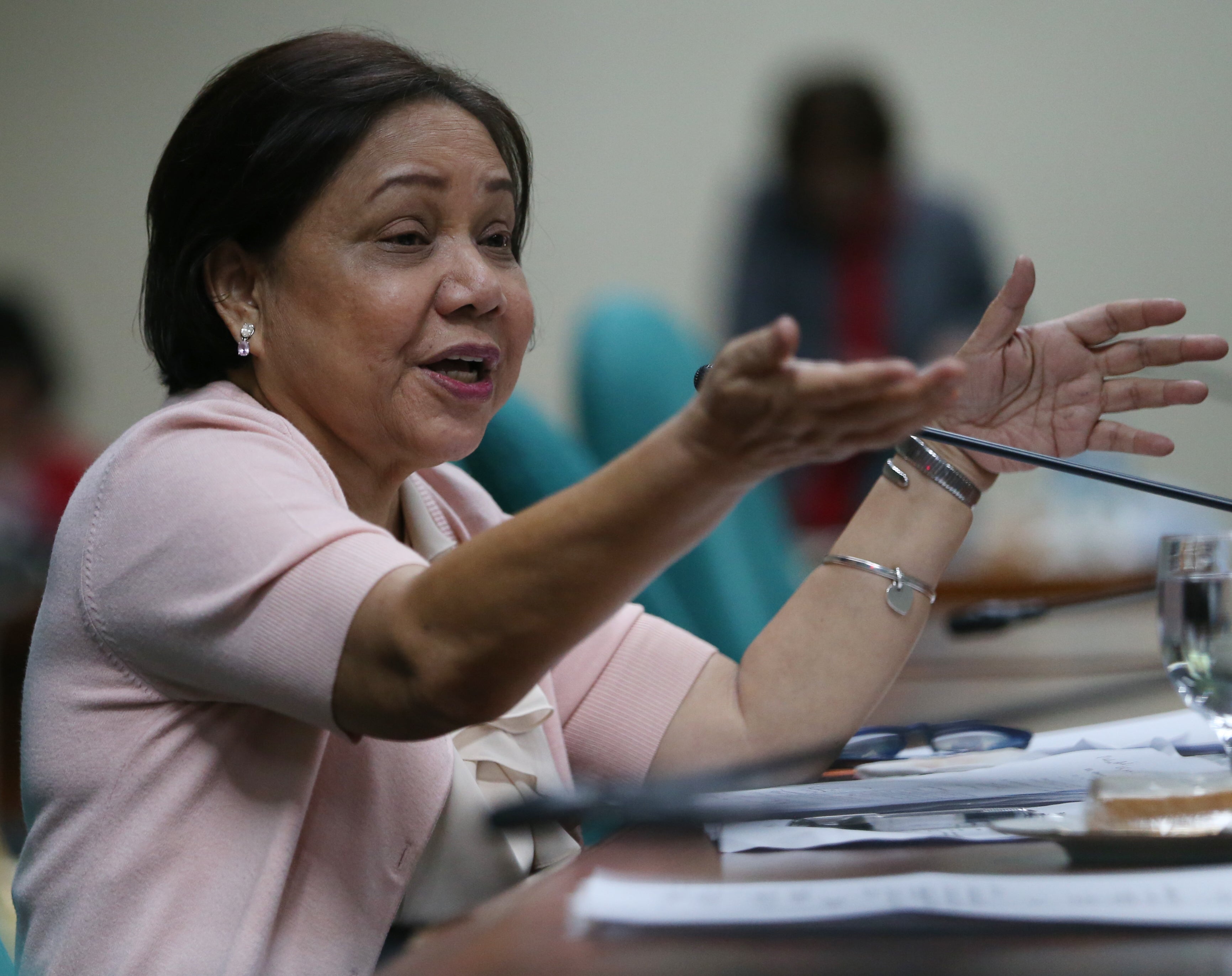 Senator Cynthia Villar thumbed down on Wednesday the divorce bill, which was recently approved by the House of Representatives.

“No no no. I’m conservative,” Villar told reporters when asked if she would support the proposal.

In opposing the bill, the senator pointed out that a couple might no longer give marriage a “chance to succeed” if they have an alternative like divorce.

“Kasi ‘pag may problem tapos walang divorce (Because if there’s a problem and there’s no divorce), I think they will try their best to make the marriage work. Pero ‘pag may divorce, agad-agad magdi-divorce (But if there’s divorce, they will divorce immediately)…” she said.

(All of our relationships should be nurtured. It shouldn’t be that when there’s a little problem, divorce immediately.)

The senator also believes that the proposal might not get the approval of the Senate as some of them, she said, would rather want the existing annulment process in the country amended to make it easier for those who want to have their marriage annulled.

“There is no need for divorce kasi may remedy na naman so kailangan siguro na i-amend na lang iyon (there’s a remedy for it anyways so we just need to amend it),” she added.

Voting 134-57 on Monday, the House passed House Bill No. 7303 known as “An Act Instituting Absolute Divorce and Dissolution of Marriage in the Philippines.”

The proposal must be approved and ratified by both chambers of Congress before it is transmitted to President Rodrigo Duterte for signature. /je