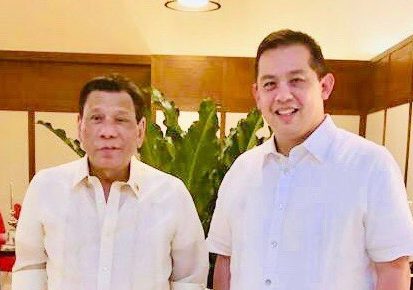 MANILA, Philippines — The House of Representatives will aim to pass the tax and economic reform bills of the Duterte administration by yearend, House Majority Leader and Leyte Rep. Martin Romualdez said Monday.

Some of these measures, Romualdez said, are bills on alcohol taxes, property valuation, and capital income tax.

“The House of Representatives will work hard to pass President Duterte’s tax and economic reform measures by the end of the year to further propel the country’s economic growth. If we can sustain this, we might go to greater heights never seen before,” Romualdez, an economist, said in a statement after a meeting with members of the House rules panel which he chairs.

The lawmaker stressed that while taxes could spur the administration’s spending power, measures imposing additional taxes should still be consulted to the people.

“… (I)t is our duty to consult the people when imposing additional taxes. We will make sure that the measures to be approved are reasonable and acceptable to all,” he vowed.

Romualdez earlier said the chamber would conduct swift panel hearings to approve “in record time” about a third of the 26 priority bills President Rodrigo Duterte outlined in his 2019 State of the Nation Address (Sona).

The Comprehensive Tax Reform Program of the administration consists of four main packages, according to the Department of Finance: Package 1, the Tax Reform for Acceleration and Inclusion law which was already enacted into law in 2017; Package 2 or the Tax Reform for Attracting Better and High-Quality Opportunities bill that seeks to lower the corporate income tax rate gradually from 30 percent to 20 percent; Package 3 which seeks to revise the real property valuation system; and Package 4 which seeks to simplify the taxation of passive income, financial services, and transactions.