‘Endo’ bill may lapse into law 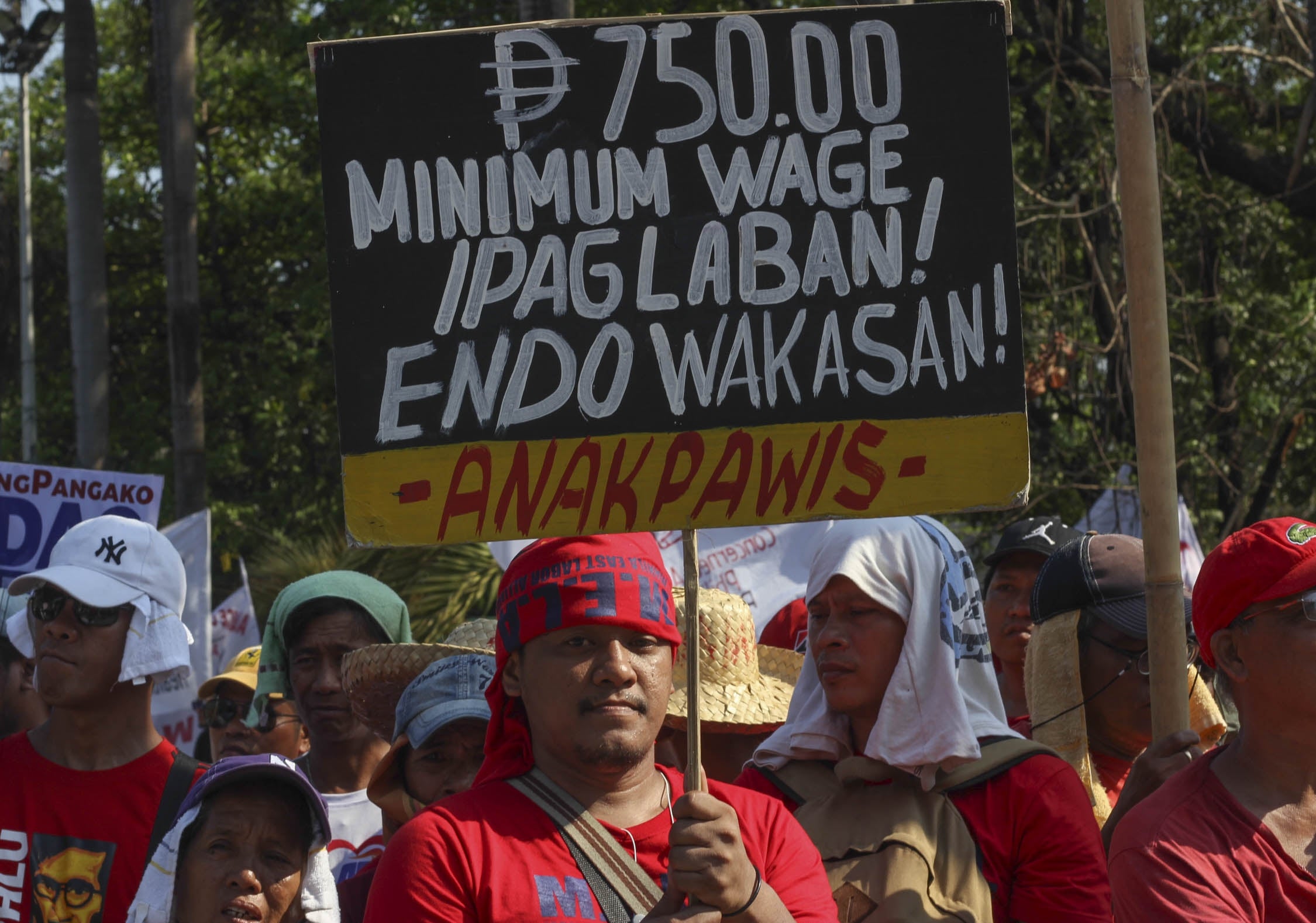 JOB SECURITY Workers led by Kilusang Mayo Uno call on the Duterte administration to fulfill its promise of ending labor contractualization and to raise the minimum wage during a rally on May 1, Labor Day, at Liwasang Bonifacio in Manila. —EARVIN PERIAS

The much anticipated security of tenure (SOT) bill awaiting President Duterte’s signature may yet lapse into law.

The bill, whose Senate version was adopted by the House of Representatives, was transmitted to Malacañang on June 27. It will lapse into law if not acted upon by the President by July 27.

On the other hand, Mr. Duterte is widely anticipated to take up the so-called endo (end of contractualization) bill by Monday, July 22, when he delivers his fourth State of the Nation Address.

A coalition of business groups has urged the President to veto the bill for being redundant, citing laws that protect workers from illegal contractualization.

“Of course. The President is always appreciative and considerate on whatever opposition or concerns raised by any sector in this country relative to any bill passed in Congress and subject to his signature or veto,” said presidential spokesperson Salvador Panelo.

“There are so many documents he has to sign, and at the same time, he has so many activities he has to attend to. Out-of-town trips, he visits one place, and then another place. Meanwhile, documents pile up. So sometimes, he doesn’t get to see all of them,” he also said.

Earlier, Labor Secretary Silvestre Bello III said he hoped the President would sign the bill, as ensuring workers’ SOT is one of Mr. Duterte’s priorities.

Among the groups calling for a presidential veto of the bill are Makati Business Club, Management Association of the Philippines, Philippine Chamber of Commerce and Industry and Semiconductor and Electronics Industries in the Philippines Foundation Inc.

For his part, Trade Union Congress of the Philippines (TUCP) Rep. Raymond Mendoza said in a statement it was “truly reprehensible” for business groups to call for the bill’s rejection.

“We prefer the proposed [SOT] law be signed by the President rather than remain silent while the employers and economic managers, not satisfied in stamping out the intent of the bill, cannot even give a few morsels to the workers,” he said.

Mendoza said that while the TUCP was “keenly aware” that the bicameral process on the SOT bill was “shortcircuited,” it still considered the proposed law as “a good start.”