TAGBILARAN CITY, Bohol- A businessman was shot dead while driving shortly after midnight on Monday along Benigno Aquino Street in Barangay Booy here.

The Tagbilaran City police identified the victim as Ryan Erca Sigue, 40, a city resident who operated a cockpit arena in Dauis town. 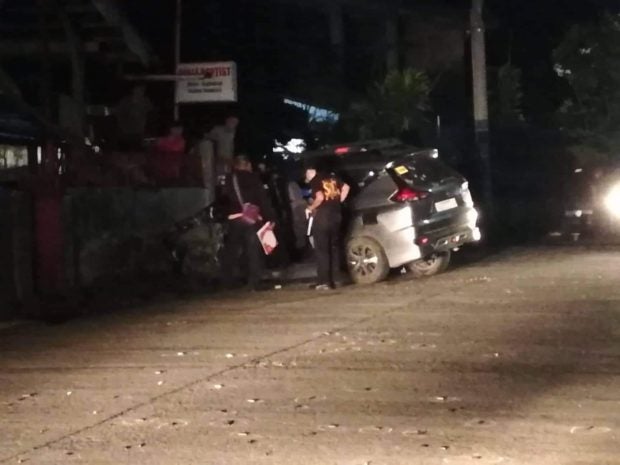 Police Lieutenant Rodante Cinchez,  acting chief investigator of the Tagbilaran City police, said they received a report about a shooting incident at around 12:40 a.m.

He said the victim was shot dead inside his gray SUV.

The victim sustained gunshot wounds to the head and body.

Police Master Sergeant Joemer Miculob of the Scene of The Crime Operatives said at least 116 empty M-16 shells were recovered from the crime scene.

Residents in the area said they heard successive gunshots while others thought there was a fireworks display.

Several witnesses said they saw a white van chasing Sigue’s vehicle which rammed a concrete wall when shots were fired.