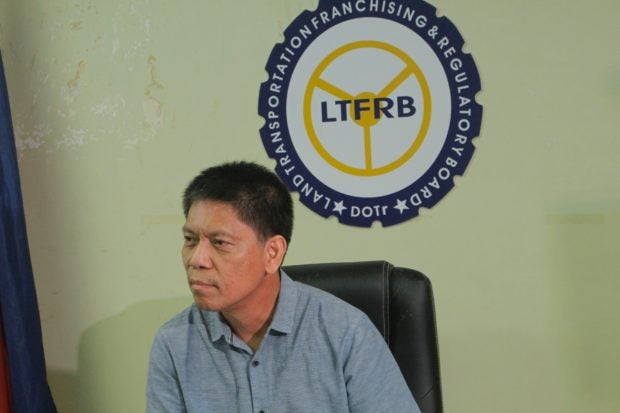 During the public hearing called by the Land Transportation Franchising and Regulatory Board (LTFRB) on Tuesday, lawyer Ariel Inton, who is speaking for the TNVS drivers, said that the groups were ready to submit position papers within the week.

LTFRB chief Martin Delgra III said that the board would discuss these claims before arriving at a decision on whether to allow hatchbacks to be part of various TVNS fleets.

“[The board will meet] if you submit the position paper,” Delgra told Inton, who pressed the LTFRB chief on when the board would convene to address the issues.

Several sectors have expressed concern about the use of the hatchbacks as public transportation because of the absence of an elongated rear chassis, which would give more room between passengers on the backseat and the vehicle behind in case of an accident.

Inton countered, however, that if hatchbacks were deemed unsafe, multinational companies would not invest in manufacturing and selling them. He also noted that more “unsafe” modes of transportation had been actually operating in the country right now.

[We addressed the safety issue. Hatchbacks are safe. If they’re not safe, then they should be sold. Secondly, as we have said, we argued before the board to submit the applications of hatchbacks.]

[I don’t get why they’re saying its dangerous. A tricycle is smaller, but the local government unit gives it a franchise. And the memorandum circular says it‘s OK, hatchbacks can be accredited. So that means it‘s not a safety issue.]

Last Monday, hatchback drivers staged a protest by not operating for their mother TNVS companies, causing an increase in surge prices among commuters.

They also intended to file a case against the LTFRB at the Office of the Ombudsman but canceled it upon the agency’s call for talks.