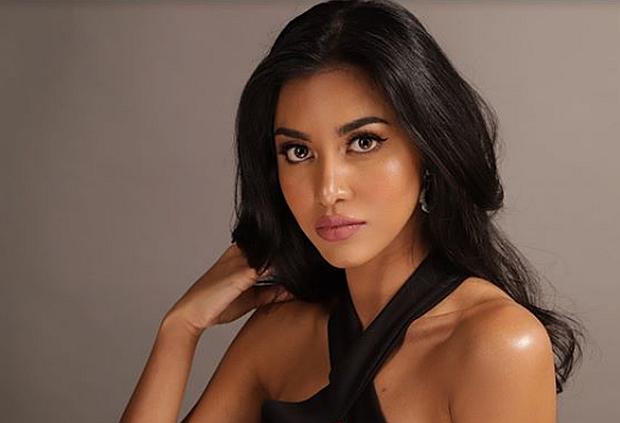 MANILA, Philippines — To address and shed light on issues such as gender-based violence in the Philippines, we should first start talking about it.

This was what newly crowned Bb. Pilipinas Supranational 2019 Resham Saeed said on how to go about dealing with such issues.

“We should also keep in mind that we as individuals have a huge responsibility,” she told reporters during a media discussion on gender-based violence held at the home of Swedish Ambassador Harald Fries on Tuesday.

Saeed was speaking as the newly introduced celebrity ambassador for the “Respeto Naman” campaign, which aims to shed light on gender-based violence in the Philippines by encouraging victims to step forward and speak up.

“Now we have the world in our fingertips, literally,” she went on. “We have phones, we have social media accounts and I can think of many people, I can think of myself when there was a time when I thought: ‘Oh, this issue or this news angers me, but I feel hopeless about it’.”

“The fact is that the feelings of hopelessness fade the moment you choose to do something about,” she added. “We’re all here to discuss these topics and the way to deal with that in this social climate here in the Philippines is to talk about it. That’s where we should start.”

“This campaign is very dear to me because, of course, being an advocate for gender equality and women empowerment, this is a key part of the movement,” she said. “I believe that it is a progressive thing and it is about time that we start taking part.”

“I’m very much looking forward to especially growing with this campaign,” she added. “I have a lot to learn, I am a young blood in this advocacy and I’m hoping…to find greater ways to create a more substantial and meaningful impact on the Philippines.”

The “Respecto Naman” campaign was launched in 2018 by the Embassy of Sweden in the Philippines in partnership with the Office of the Vice President, UN Women, Spark! Philippines, EMPOWER, Terre des Hommes, Girls Advocacy, and Para sa Sining.