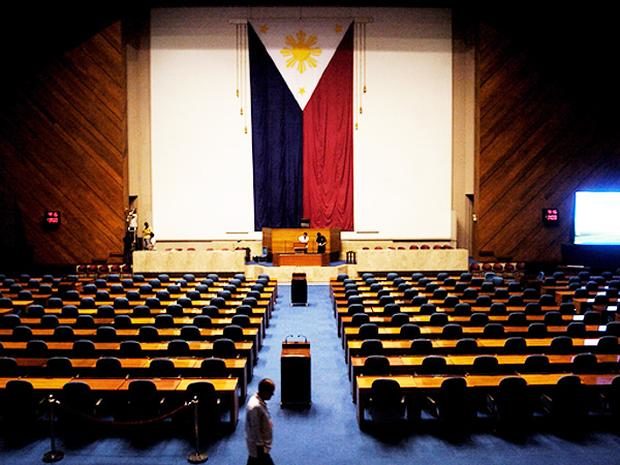 MANILA, Philippines — Malacañang believes that the term-sharing of Speaker in the House of Representatives would not derail the passage of priority legislative agenda of President Rodrigo Duterte.

Duterte on Monday opted a term-sharing between Taguig-Pateros Rep. Alan Peter Cayetano and Marinduque Rep. Lord Allan Velasco to end the squabbling among his allies over the leadership at the lower chamber.

Leyte Rep. Martin Romualdez who was also vying for the Speaker post will be the majority floor leader.

Cayetano, Velasco, and Romualdez had been locked in a rivalry for the Speaker race after the three lawmakers, known allies of the President, have expressed their desire to get the top House post.

Presidential Spokesperson Salvdor Panelo believed the setup would not disrupt the passage of Duterte’s legislative agenda.

“No, naga-agree na nga ‘yung tatlo. Sila nga ang magkakalaban na nag-agree. They forge into unity so how can there be disruption,” Panelo said in a Palace briefing.

He expressed confidence that there would be no more budget delays, a scenario that lingered during the 17th Congress.

Despite having a supermajority in Congress, only nine out of the 17 bills certified as urgent by Duterte were passed into law during the 17th Congress. (Editor: Jonathan P. Vicente)

READ: Only 9 of 17 bills Durterte certified as urgent passed in 17th Congress