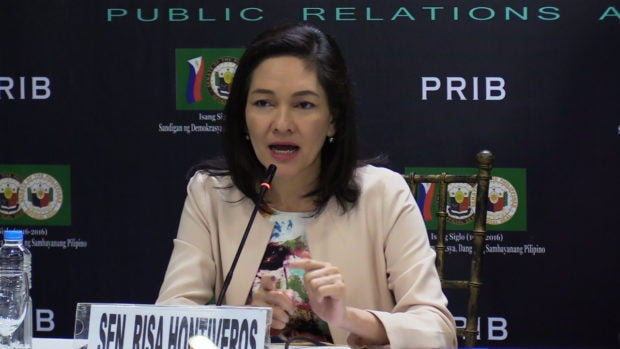 MANILA, Philippines — Opposition Senator Risa Hontiveros made a fresh bid to advance a bill that prohibits discrimination on the basis of sexual orientation, gender identity or expression as the 18th Congress opens this month.

The senator expressed confidence that the measure will be passed in the 18th Congress.

“Our hard work in the previous Congress laid the groundwork for the measure to gain new champions and allies and the massive popularization of the bill inside and outside the halls of the legislature. It has a momentum that can’t be ignored nor halted,” Hontiveros said in a statement.

“If the Senate’s 17th Congress was a big win for women and health, the 18th Congress will be a massive victory against hate and discrimination. The SOGIE Equality Bill will pass. It is a measure whose time has come,” she added.

The House of Representatives has approved their version of the measure in third and final reading last 2017, however, the Senate version only saw delays during the period of interpellation, which the senator has lamented. (Editor: Jonathan P. Vicente)