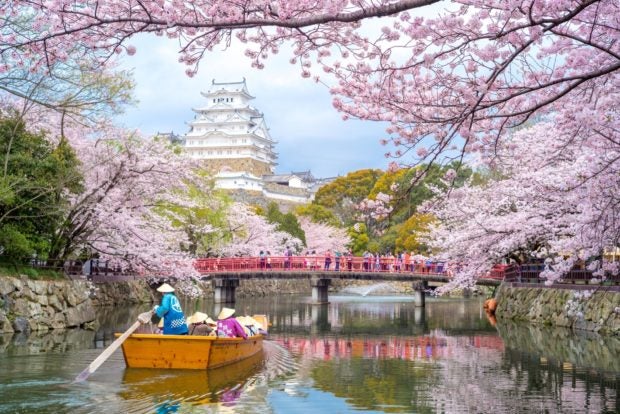 Japan has emerged as the country with the best reputation in the world in a new report that drops the traditional paradigm of gross domestic product growth as the yardstick for global status, in favor of factors like a country’s values system, quality of life, heritage and culture.

In the FutureBrand Country Index 2019 report, Japan outranked the 74 other countries studied (pre-selected from the World Bank’s top 75 countries), with authors attributing its success to everything from natural beauty, culture, gastronomy to its international exports such as Muji, Uniqlo and Marie Kondo.

A decade ago, these Japanese brands may have been obscure. But today, they represent Japan’s greatest export and international appeal, analysts said.

“While the West has bred a culture so consumerist that shoppers face analysis paralysis in the toothpaste aisle, Japanese culture presents a blissful alternative: simplicity, clarity, Mental space,” an excerpt reads. “With our quest for a high-quality life comes the desire to reduce the clutter, we want to live more with less, and Japan shows us how.”

This rising esteem and interest in the Japanese ideology have also translated into measurable increases in tourist arrivals, a powerful indicator when it comes to a country’s status and reputation in the world.

Citing figures from the World Tourism Organization, the report pointed out that Japan has experienced six years of consecutive double-digit growth in tourism. According to Weber Shandwick’s social listening analysis, Japan also boasts the second-highest number of social media mentions with key hashtags that include #mtfuji and #soba.

Experience has become the new global currency, with top-performing countries placing a higher premium on global trends like mindfulness and conscious consumerism, the report noted. Rounding out the top five spots are Norway, Switzerland, Sweden and Finland.

The 2019 edition is the eighth report from FutureBrand. The last study was published in 2014.

This year, analysts took a decidedly different approach, looking beyond a country’s might such as its gross domestic product, and adding new categories like “purpose” and “experience” to their list of criteria.

Sub categories under these headings include a country’s value system, quality of life, business potential, heritage and culture, tourism, and products and services.

Countries were also measured based on their environmental friendliness, as their policies reflect a country’s values system.

In this era of #yolo (you only live once), the term “quality of life” has taken on a renewed significance and greater importance. In other words, the new pursuit is “living richly, not just living a rich life,” the analysts wrote.

This year, the United States and United Kingdom fell several spots from the last report published in 2014, with the rise in populist factions and stinging headlines related to extremism and immigration policies leading to unpopular public approval ratings, the authors noted.

“Country making unveils a potential new world order, as countries with much smaller GDPs can now realistically challenge traditionally dominant nations. This upends the playing field when it comes to attracting everything from tourists to significant inward investment,” the report reads.

“In today’s dynamic global reality, the new yardstick for measuring extends beyond national prosperity. These shared beliefs compel governments to have more than a social safety net for society’s least equipped. They must now also strive to create a high quality of life for all.”

Here are the top 10 countries on the FutureBrand Country Index report: