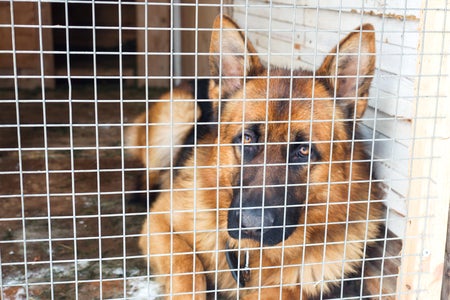 The lives of seven dogs were spared after an animal welfare group in China rescued them from a restaurant.

Volunteers of  VShine Animal Protection Association and urban management officers staged their rescue mission after receiving a tip from residents in Dalian, Liaoning, as per Humane Society International via South China Morning Post on Thursday, June 27. The mission was held on Tuesday, June 25, and involved German Shepherds, Golden Retrievers and a Rottweiler.

The volunteers immediately reached out to the local government for help after being alerted of the dogs’ fate. Following the rescue mission, the restaurant owner said he would no longer kill dogs and serve them to customers.

The seven dogs were found to be suffering from some form of injury or illness, as per the report. One of the dogs also had a collar and could have been someone’s pet. The dogs would be put up for adoption once they have been examined by a veterinarian.

The annual Yulin dog meat festival in China is celebrated in the month of June and has sparked tension among international groups, animal activists and celebrities all over the world.

Eating dog to mark the summer solstice is a tradition in Yulin, Guangxi, and has been going on since 2009. It is estimated that thousands of dogs are slaughtered yearly for the festival, but Humane Society International says this is just a fraction of the more than 10 million dogs eaten every year in China.  Cody Cepeda /ra