Fishermen get aid from Filipino-Chinese group with ‘no strings attached’ 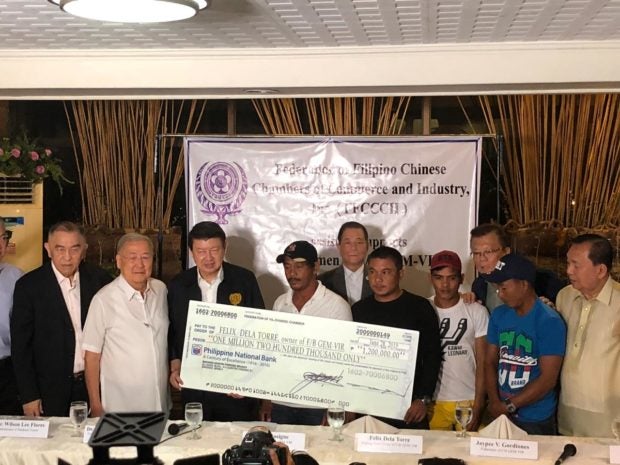 MANILA, Philippines—A group of Filipino-Chinese businessmen has extended financial assistance to the 22 crewmembers of the sunken F/B Gem-Ver 1.

In a press briefing on Friday, Federation of Filipino Chinese Chambers of Commerce and Industry Inc. (FFCCCII) President Henry Lim Bon Liong said the group will be donating P1.2 million for the rehabilitation of the damaged boat and another P250,000 as livelihood assistance for the fishermen from Occidental Mindoro.

On top of this, the FFCCCII also pledged to allocate funds for the establishment of five public school buildings for the municipality of San Jose, Occidental Mindoro.

The fishermen, led by its captain Junel Insigne, thanked the FFCCCII for the assistance but hurriedly left the venue and refused to take questions from the media.

Liong clarified that the assistance had “no strings attached” and in no way would affect the narratives of the fishermen as investigation of the Recto Bank incident is still ongoing.