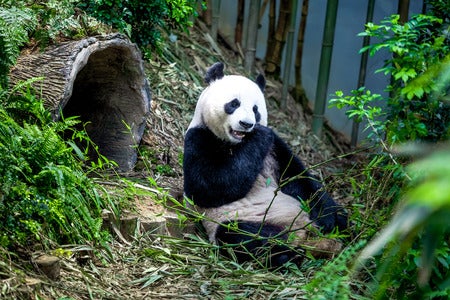 Chinese tourists were recently banned from the Foping National Nature Reserve in Hanzhong, Shaanxi Province in China after throwing rocks at a panda. The reserve was put up back in 1978 under the Ministry of Forestry for the protection of the rare giant pandas.

The culprits were trying to get the panda to move, said Yang, a witness, as per the Chinese Business View via The South China Morning Post last July 23. It was reported that over 20 people crowded around the panda’s enclosure, with the visitors shouting at the panda to get it out of its motionless state.

One man in a white t-shirt eventually thought it apt to get the panda’s attention by throwing rocks at it. But Yan Xihai, marketing manager of the nature reserve, shared that there were more tourists who threw rocks at the mammal.

“This incident happened at a place where the pandas generally don’t come or hang around, so we don’t have any surveillance cameras installed in the area,” Yan was found saying.

Four guilty tourists were given a warning by the nature reserve’s staff and were eventually asked to leave. The park management blacklisted them later on.

The mistreatment of pandas and other animals in China reserves and zoos is hardly new. Last August 2017, Chinese animal handlers were criticized after being found abusing panda cubs in Chengdu. Last April 2018, visitors at a zoo in Fujian killed one kangaroo and injured another after throwing bricks and concrete chunks to get them to move.