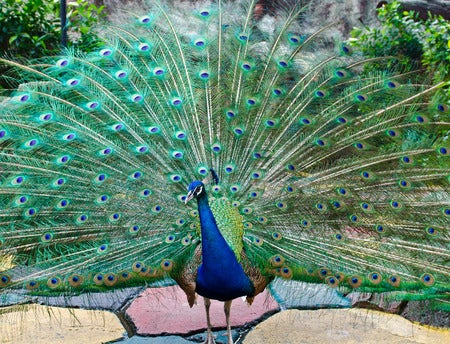 Tourists at an eastern China zoo have once again harmed its residents, this time injuring four peacocks by plucking out their feathers.

Beijing Youth Daily reports that blood was found at Liwan Zoo in Yangzhou, Jiangsu province, after visitors deformed some of the birds’ vibrant plumage.

This is the zoo’s second incident of peacock injuries this year. The zoo had already taken precautions by banning visitors from the peacocks’ enclosure, installing one personnel to be on watch and audio reminders to avoid disturbing the birds.

The measures seem to have failed after more peacocks fell victim to handsy tourists. Although their feathers can grow back, it will happen only when the peacocks undergo molting, meaning all their feathers will fall out and be replaced with a fresh set of plumes during a certain season of the year.

The zoo will beef up its security with two more staffs to watch over the peacocks’ habitat. Future attackers will also be reported to the police.

The incident comes on the tails of a report last week that zoo visitors killed a kangaroo after hurling bricks at it to force it to hop. Another kangaroo was injured and had to be treated for broken feet. Niña V. Guno /ra