A homeless man’s life turned around for the better after a woman shamed him on Facebook last Friday, June 21.

The unnamed woman posted a photo of the man, Simon Childs, sleeping in a fast food restaurant in Georgia, United States, saying it was “another reason” for her to leave the area. 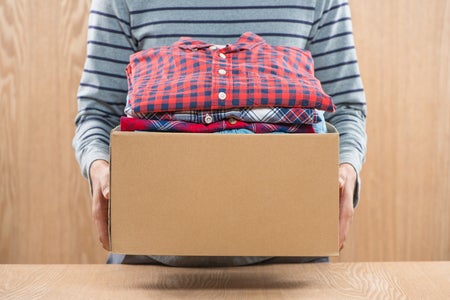 As the woman’s post circulated, some members of the community had learned that Childs was a homeless father and an employee at the McDonald’s branch he was caught sleeping in.

He was apparently resting in-between shifts when the woman took the photo of him, as per ABC-affiliate WSB-TV yesterday, June 25.

The woman claimed in the report that she never intended to embarrass Childs or anyone in particular, and that she made the post in a private Facebook group.

Donations for the 21-year-old father started pouring in on the same day the post was made. Childs was surprised when he came back to work and saw piles of donated diapers, supplies and clothes for him and his son.

“They changed my life in a couple of days,” he said in the interview with WSB-TV.

Childs said he does not hold any negative feelings toward the woman who made the Facebook post. He added, “I’m not homeless, not now, thanks to her.”

He has since received job offers, as per report, and may be getting a permanent place of residence for him and his son. Ryan Arcadio/JB