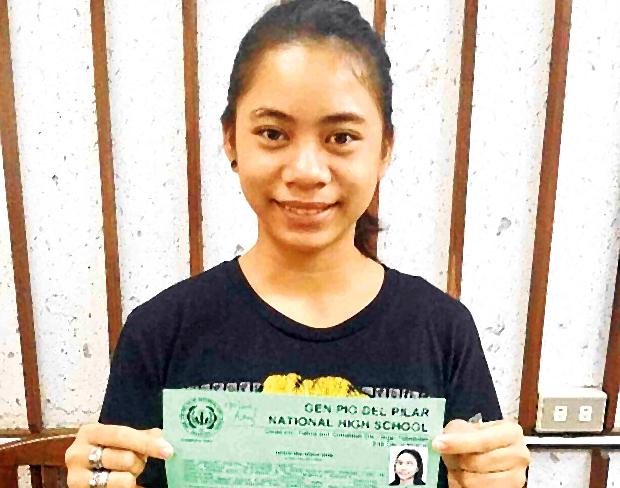 MANILA, Philippines — Police officers continue to help 14-year-old Angela Perez with her parents still in jail due to drug cases filed against them.

As if that was not enough of a burden, Angela has been diagnosed with thyroid cancer, but she could not have an operation because of her age.

Fortunately, Dr. James Dy, president of the Chinese General Hospital, vowed to finance Angela’s medical needs and even her college tuition — if she should decide to pursue a medical career.

[Angela’s health concern will be given attention. And not only that, even her studies.]

Angela was taken to Dr. Salvador Noruel Gerald Salvador, a surgeon at the hospital, for medical tests.

On May 24, Perez went to the Makati Police Community Precinct 1 to ask for assistance to process her necessary documents for enrolment.

Officers of that precinct were the ones who arrested her mother.

Cpl. Claro Fornis got a copy of the teenager’s certificate and even stood as Angela’s guardian during her enrolment at Gen. Pio del Pilar National High School.