A man who vandalized President Donald Trump’s Hollywood Walk of Fame star last summer was charged on Monday, June 24, with the theft of a nearby statue of Marilyn Monroe.

Austin Clay, 25, faces up to three years in jail if found guilty of property theft and vandalism, the Los Angeles County District Attorney’s Office said in a statement. 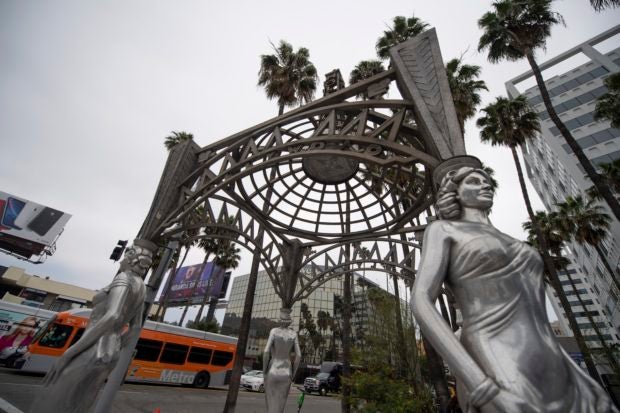 The “Ladies of Hollywood Gazebo” is seen on the Hollywood Walk of Fame in Hollywood, California, where the Marilyn Monroe statue was perched. Image: AFP/Robyn Beck

He was arrested Friday at his home in Glendale in the L.A. suburbs after police identified him from video surveillance footage.

Having discovered that he was on parole after a conviction for damaging Trump’s star on the Walk of Fame, investigators searched his home and found evidence linking him to the statue theft, local media reported.

The statue itself — showing Monroe in her famous flying skirt pose from “The Seven Year Itch” (1955) — has not been found.

It had been perched atop a small gazebo dedicated to some of Hollywood’s most famous actresses, which is located at the beginning of the Walk of Fame.

According to authorities, a witness saw a man climbing the structure on the night of June 16 and using a saw to remove the statue.

The statue is owned by the City of Los Angeles. Police fear it may have been damaged during the theft.

“Looking back at the (security) video, it would be reasonable that the statue broke and could be in multiple pieces,” LAPD detective Douglas Oldfield told NBC4 television.

Clay made headlines in July 2018 when he vandalized Trump’s star on the Hollywood sidewalk with a pickaxe he had hidden in a guitar case.

He was sentenced at the time to one day in prison, three years of probation, 20 days of community service and ordered to attend psychological counseling.