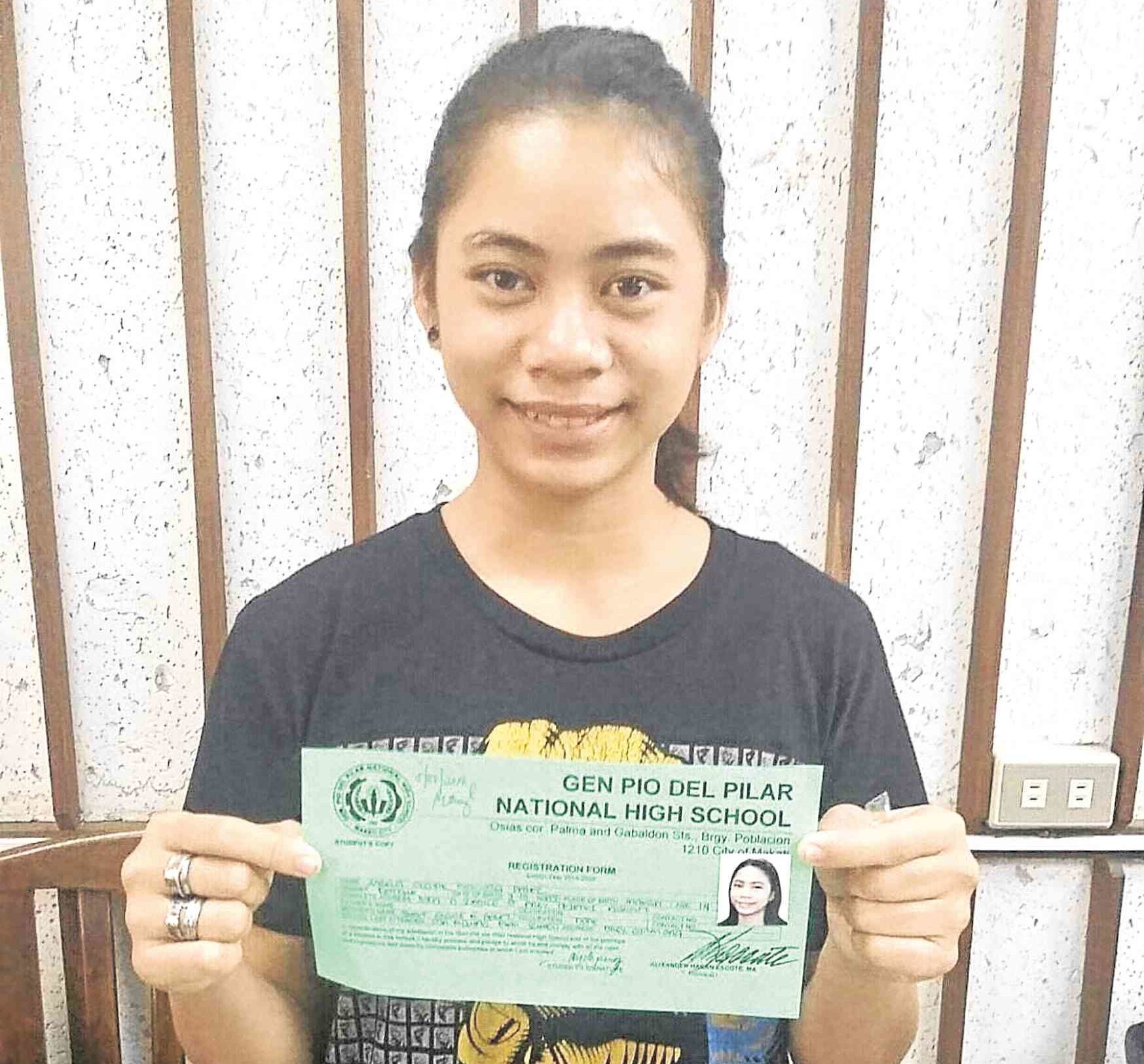 Asking for help from the policemen who arrested a family member may be unthinkable for some but not for Angela Perez, a 14-year-old resident of Makati City.

When the incoming Grade 7 student tried to enroll last month at Gen. Pio del Pilar National High School, she was turned away.

She was told to return with a parent who could sign some documents and her birth certificate.

But both her parents were behind bars. Perez’s mother was arrested and hauled off to Makati City Jail over a month ago on what she claimed were trumped-up drug charges. Her father, who had long abandoned the family and who Perez had seen “only once” her entire life, was also serving time  at the same jail (at least that’s what her relatives had told her). Perez has an older brother but he has his own family to look after, leaving her with just her 4-year-old sister.

Perez quit her studies two years ago due to health problems. In her last visit to Philippine General Hospital, she was diagnosed with thyroid cancer.

But the lanky teenager maintained that her condition was “manageable” and that she wanted to go back to school to help her family.

Left with no options, the teenager went on May 24 to the Makati Police Community Precinct 1 (PCP-1), whose members had arrested her mother.

“I need a guardian to help me go to high school,” she told the policemen, explaining that she had to beat the 5 p.m. deadline to register at school

Without any hesitation, one of the officers said yes. “I didn’t think twice to become her guardian and help her, as I also have children,” Police Cpl. Claro Fornis told the Inquirer.

“She made me think of my three sons. What if my children were also in Angela’s situation? I hope another person will help them,” Fornis said.

When Makati police chief, Police Col. Rogelio Simon, also learned of the girl’s dilemma, he ordered Fornis to enroll her that very day, “by hook or by crook.”

Still in his uniform, Fornis and Perez rushed to the Philippine Statistics Authority satellite office in Makati to get a copy of her birth certificate.

When the girl and the officer later arrived at the school, the guidance counselor kept on asking for Perez’s parents, Fornis recounted.

“I proudly introduced myself as Angela’s guardian. I told the counselor the story of how her mother, her remaining parent, was arrested by my coworkers because of drugs,” he said.  “I assured (the guidance counselor) that I would support Angela in anything that she would need in school, that I would attend even her parent-teacher meetings.”

On May 27, the school finally handed Perez her Grade 7 registration form signed by the principal.

“I am very thankful to Sir Fornis. He helped me even if he barely knew me,” the teenager said, adding that just like a father, the policeman told her “to focus on my studies first and not have a boyfriend too soon.”

Fornis and his fellow policemen at PCP-1 also promised to help Perez with her school expenses until she completed high school.

That day at the PCP-1 station, however, was not their first meeting. They first met on May 14 when the teenager’s 43-year-old mother, Sweet Claire, suffered a mild stroke. From the Makati police headquarters where she was detained, she was taken to Ospital ng Makati, where Fornis was one of the policemen tasked to guard her.

Sweet Claire was arrested on May 5 by PCP-1 policemen inside their house in Barangay Tejeros. A sachet of “shabu” (crystal meth) and other drug paraphernalia were reportedly found in her possession.

‘Give us a chance’

While visiting her mother at the hospital, Perez engaged in small talk with Fornis and the other policemen.

“I told them that I wanted to become a policewoman myself someday. I would love to solve crimes just like my grandfather who was also assigned at Makati PCP-1 before he was shot dead decades ago,” said Perez, an avid fan of the forensic drama series “CSI: Crime Scene Investigation.”

It was Fornis who gave her advice on what to expect as a policeman, the rewards and disappointments that come with the job.