‘Baby’ found dead near park turns out to be realistic doll 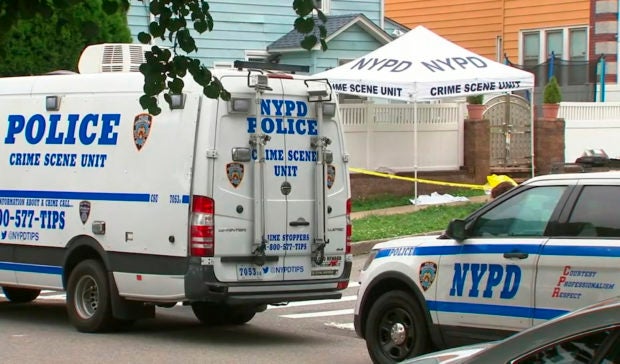 Police say what appeared to be a dead infant in a grassy area outside the park turned out to be a realistic-looking doll. Image: WABC-TV via AP

Horror and alarm over the discovery of what appeared to be the body of a dead baby at a New York City park turned to relief, and probably some embarrassment, Tuesday, June 18, when the blue-skinned corpse was later revealed to be a realistic-looking doll.

Police and paramedics rushed to Crocheron Park in the Bayside neighborhood of Queens at around 7:40 a.m. after a woman out for a morning jog found the “baby” lying face-down in the grass.

Detectives descended on the park in droves to look for evidence. A crime scene tent was set up. Yellow tape blocked off the area where the discovery was made.

Police initially reported the child was three months old and had been pronounced dead at the scene of an undetermined cause.

At some point, though, a closer inspection showed the object in the grass was a doll or some sort of theatrical prop, with its skin apparently purposely colored to resemble decomposing skin. One giveaway was the baby’s T-shirt which read, “the crawling dead.” The red lettering wasn’t initially visible because the doll was on its stomach.

“It appeared to be a baby with discoloration consistent with signs of a prolonged death but thankfully, it was actually a lifelike prop,” Fire Department spokesman Myles Miller said.

The error was discovered when personnel from the city’s medical examiner arrived to retrieve the body.

The episode is under investigation. “The Fire Department’s Emergency Medical Service was also doing a medical review,” Miller said. HM/NVG

Shark bites child in US, third in a month in same state