Shark bites child in US, third in a month in same state 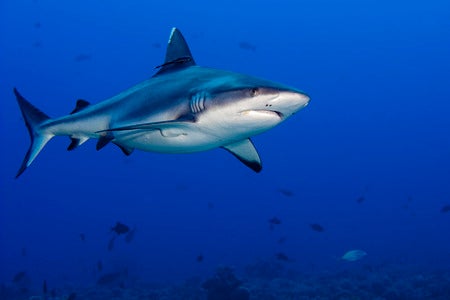 An eight-year-old boy was attacked by a shark this weekend off a North Carolina beach.

The boy, whose name has not been released, was swimming Sunday, June 16, near a beach on Bald Head Island when a shark bit his leg, village manager Chris McCall said.

The boy was taken to a hospital by ferry and is expected to recover completely.

It was the third shark attack this month in the southeastern state, home to popular vacation spots including the Outer Banks area.

On June 10, 19-year-old Austin Reed was bitten on one leg while surfing at Ocean Isle Beach, though he was not seriously hurt.

But 17-year-old Paige Winter had to have her left leg amputated after she was attacked on June 2 by a shark at Fort Macon Park, on the central coast of the state.