Financial literacy should be taught to SHS students — Gatchalian 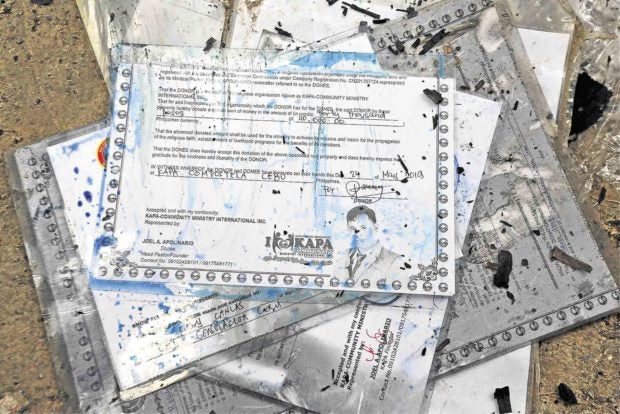 DONATION Among the documents found in Kapa’s office in Compostela, Cebu, are copies of certificates of donation issued to members. —JUNJIE MENDOZA

President Rodrigo Duterte earlier ordered the shutdown of Kapa and other groups for alleged involvement in investment scams.

Gatchalian pointed out that fraudsters and scammers usually target people in the provinces or rural communities as they are easily lured by schemers’ promises of high investment returns. He urged Filipinos to be more vigilant against such rackets.

The senator called on the public to report immediately to the authorities if they find any investment scammer.

He said there are enough laws in the country to put a stop on such scams, however, Gatchalian said the government intervention remains lacking.

He said he wanted to ask for a briefing from the Security Exchange Commission to determine whether the law should be amended.