A woman was arrested for jabbing at and stomping on a sea turtle’s nest that was in a protected area along Miami Beach in Florida, United States.

Officers and bystanders saw Yaqun Li with a wooden stake in her hand “jabbing at the sea turtle nest and stomping all over the nest with her bare feet” on Saturday, June 15 as reported by Miami Herald on the same day. 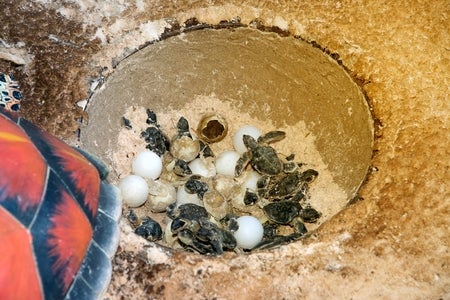 The nest was reportedly in a closed-off area along the beach that was blocked off with yellow tape, sticks and a “Do Not Disturb” sign to keep the public away from the turtles’ nesting area.

Following the incident, the 41-year-old was charged for harassing marine turtles or their eggs. Sea turtles are federally protected by the U.S. Endangered Species Act of 1973.

Lu was taken into the Turner Guilford Knight Correctional Center and is subject to a $5,000 (almost P261,000) bond.

“Thankfully, it appears the eggs were not damaged,” Miami Beach police spokesman Ernesto Rodriguez was quoted as saying about the harassed nest.

Miami Beach is a nesting place for three species of protected sea turtles — the Loggerhead, Green, and Leatherback. The native sea turtles nest on nearby beaches starting in April through early November, as per the report. Ryan Arcadio/JB