A woman in Florida, United States, was arrested for allegedly assaulting her live-in boyfriend until he bled last Tuesday, June 4.

The incident happened after an argument had taken place between the woman, Katie Pitchford, and her unnamed boyfriend at around 4 a.m. of the same day. The 21-year-old became enraged and grabbed the victim by his testicles, then squeezed these “until they were bleeding,” as reported by Miami Herald on Monday, June 10. 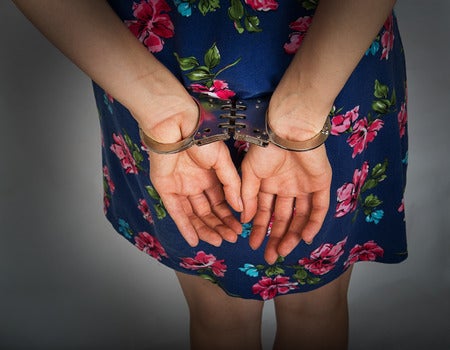 The police were alerted when the victim called to report the assault, after he had escaped from Pitchford. According to the police report, Pitchford denied the allegations and said the argument between the two never turned physical. Upon arrest, she also asked an officer if she could “talk to the victim because she wanted to say she was sorry.”

Pitchford was taken into the Brevard County jail and was charged with domestic battery.

Further investigation revealed she had a felony case in November 2017 for resisting a police officer with violence; Pitchford reportedly kicked a cop in the face, groin and leg after she was found rummaging through a stranger’s car. She now faces a charge of probation violation for that case, in addition to domestic battery.

Pitchford is scheduled for a trial in court on June 25, as per CBS Miami yesterday, June 11. Ryan Arcadio/JB

Mom leaves son in over 100-degree weather for dropping food in car, gets arrested