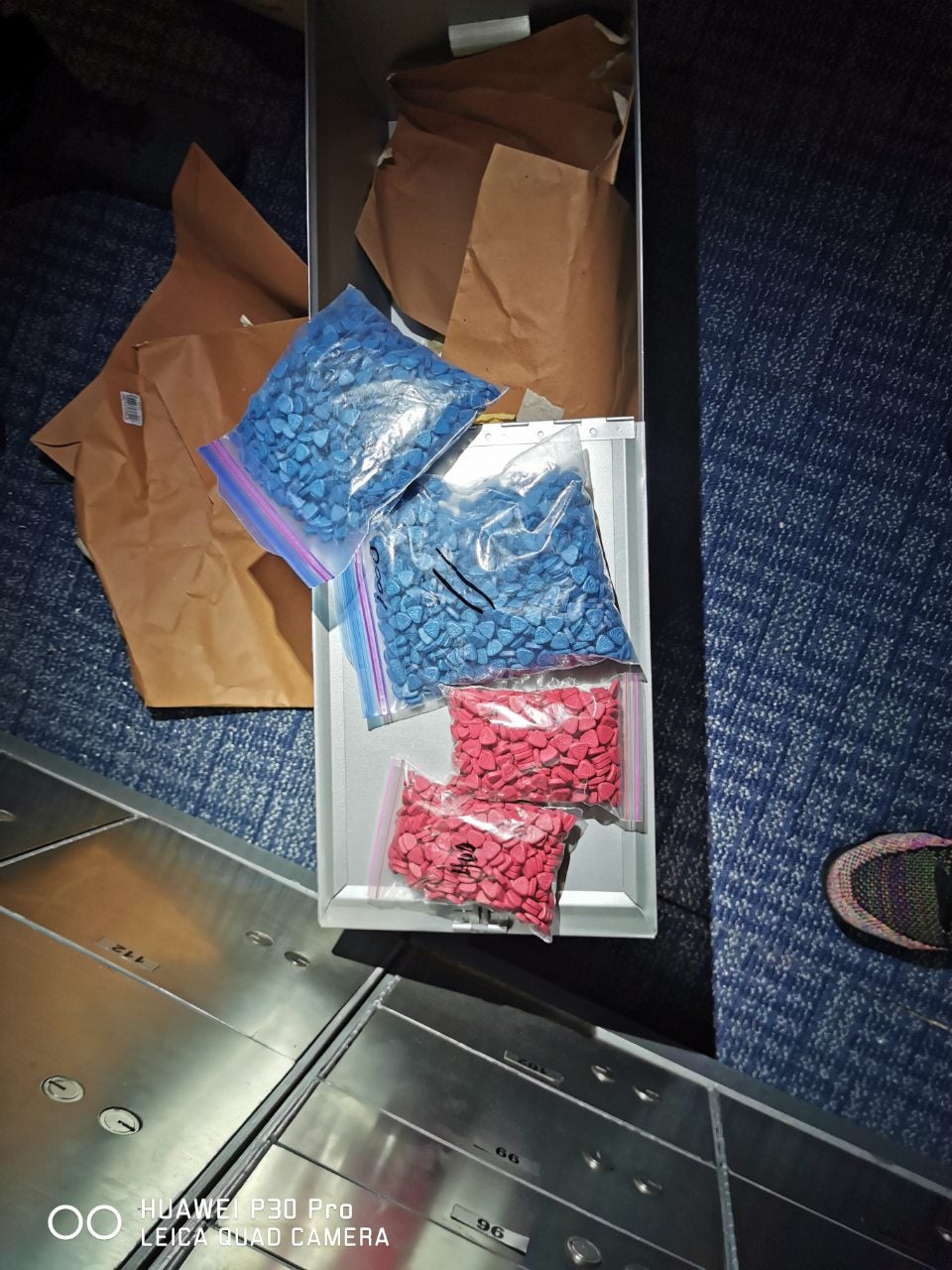 Operatives of Philippine Drug Enforcement Agency seized some P5.7 million worth of party drugs from a safety deposit box of a hotel at the  Bonifacio Global City in Taguig City on June 15, 2019.  Photo from PDEA.

MANILA, Philippines – Agents of the Philippine Drug Enforcement Agency (PDEA) on Saturday morning seized some P5.7 million worth of party drugs that were stashed inside a safety deposit box of a posh hotel at the Bonifacio Global City in Taguig City.

PDEA said the illegal drugs were seized from the safety deposit box rented by Domingo Tanyao Uy at around 2:30 a.m.

PDEA-NCR Director Joel Plaza told INQUIRER.net that the seizure of the drugs from Uy’s safety deposit box was a follow-up operation following the previous seizure of some P8.7-M worth of illegal drugs from Uy’s room inside the same posh hotel.

Uy, 44, of Quezon City, is now detained at the Taguig City police headquarters as complaints for violation of the Comprehensive Drugs Act of 2002 are being readied against him.  (Editor: Mike U. Frialde)