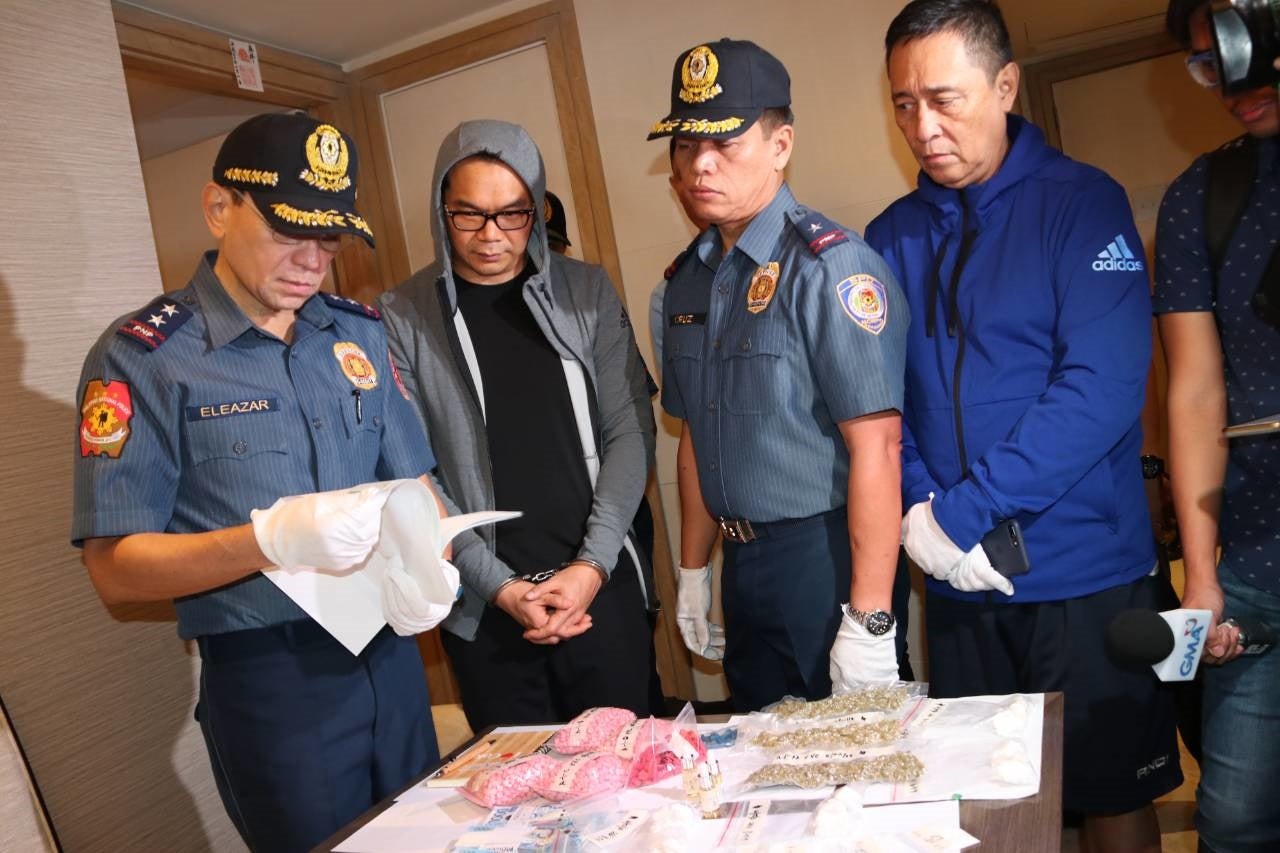 MANILA, Philippines — Police arrested a businessman and seized P8.7 million worth of illegal drugs in a hotel in Taguig City on Wednesday morning.

The police arrested Domingo Tanyao Uy Jr., 44, of Quezon City, in a hotel inside Bonifacio Global City at 1 a.m.

In an interview with Radyo Inquirer, Police Major General Guillermo Eleazar, director of the National Capital Region Police Office, said the contraband were discovered inside an open vault by hotel housekeepers, who immediately sought the assistance of authorities.

According to Eleazar, Uy was also paying P15,000 a day for accommodation in the five-star hotel where he was staying.

Eleazar said the arrest of the suspect, who was not on the drugs watchlist, was only the “tip of the iceberg,” as investigators were also looking into the identities of his clients.

He said police also recovered from Uy’s room 49 checks amounting to P175 million. Some of the checks are postdated.

Eleazar revealed they already had some names mentioned on the checks but would not be able to release it to the media at the moment.

“With this development, we will pursue the investigation and hopefully makakuha tayo ng supplier niya na definitely ay member ng malaking sindikato na nag-ooperate sa ating bayan (we will be able to identity his supplier who is definitely a member of a big-time syndicate operating in the country),” Eleazar said.

Uy will face charges for violation of the Comprehensive Dangerous Drugs Act of 2002. (Editor: Cenon B. Bibe Jr.)