Duterte declines use of bulletproof glass panel during GenSan speech 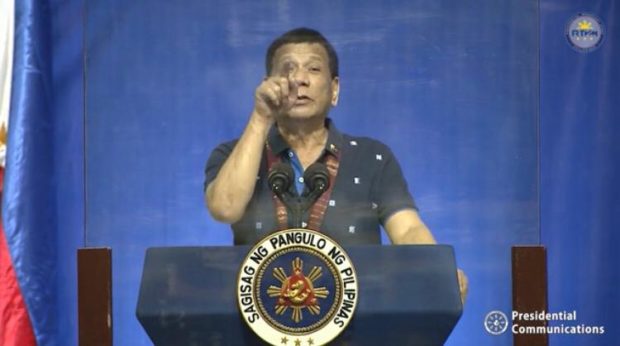 MANILA, Philippines — President Rodrigo Duterte rejected Thursday the use of a bulletproof glass panel placed in front of his podium during his speech in General Santos City.

Duterte ordered the Presidential Security Group to remove bulletproof glass at the start of his speech.

“Why would you shoot me when I did nothing wrong to you? Just choose anyone from them here. They all came from the military. They are all generals. General, general, general. This one is from the PMA, a general. But don’t shoot us politicians because we are just serving you. Kindly remove this. Otherwise I will not speak,” he said, drawing applause from the audience.

Duterte was in the city to award land titles to agrarian reform beneficiaries.

“This glass isn’t intended to shield me from bullets. This was placed here so that I can see only my face. The reflection of this means I admire myself so much. But the truth about this is to prevent me from being shot from there,” he said.

This was not the first time the 74-year old President used a bulletproof glass panel during his speech. 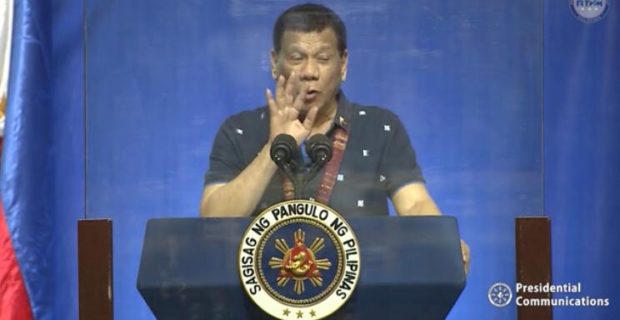 In April, Duterte also used a bulletproof glass during his speech at a campaign rally in Malabon City.

The President again used the glass panel during a campaign rally in Negros Occidental also in April.