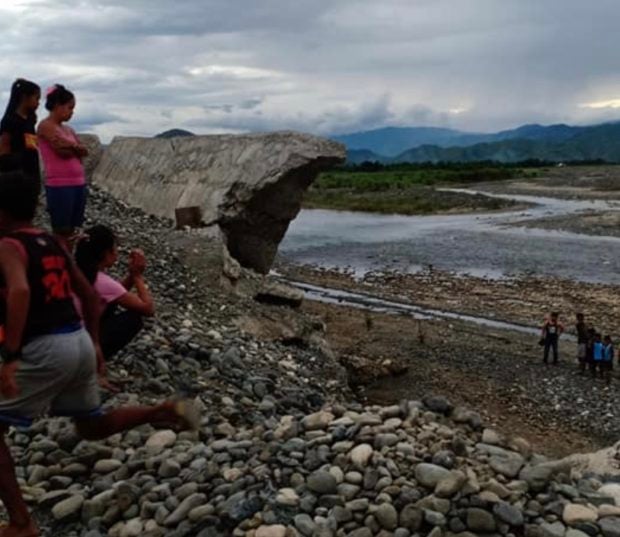 BAYOMBONG, Nueva Vizcaya — Two children were killed while a third suffered injuries when portions of a damaged flood control project collapsed on Wednesday (June 12) in the Nueva Vizcaya town of Bambang.

Brothers Kevin Jose, 10, Mike Jhon, 8, and four-year-old Justine Sean Yadao were playing at the dike, where they were supposed to be gathering dried tree branches, when eroding concrete and rocks rained down on the boys in Macate village, according to Macate village head Purificacion Tumacder.

The rocks smashed the foot of Kevin Joe, and crushed his younger brothers.

On Thursday (June 13), Tumacder and the village council scheduled a meeting to discuss plans to regulate entry to the flood control project, which was destroyed in 2017. Villamor Visaya Jr. (Editor: Leti Boniol)