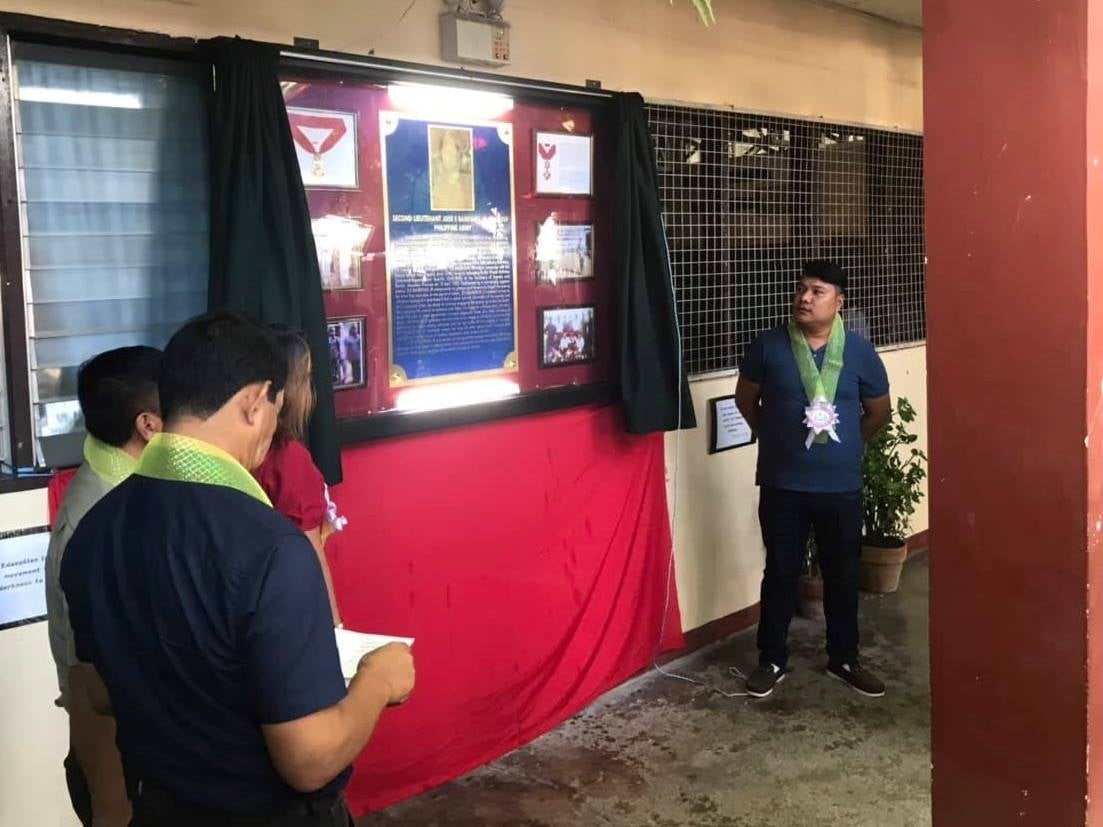 The Armed Forces of the Philippines aims to tell the stories of patriotism and selfless service of its Medal of Valor recipients in its new campaign. /CRSAFP

MANILA, Philippines — The Armed Forces of the Philippines (AFP) has launched a new campaign to tell the stories of patriotism and selfless service of its Medal of Valor recipients.

The Medal of Valor is the highest award for combat. Since 1935, only 41 military personnel have received the prestigious award.

The new campaign aims to highlight the heroism of the recipients and to instill patriotism and nationalism to the young generation, said AFP public affairs chief Col. Noel Detoyato.

In this project, military officials will honor the recipients by visiting their former schools to unveil a small space for the heroes’ memorabilia on display.

The ceremony is expected to be attended by the recipient’s families and school officials.

The project kicked off on June 5 in Otto Lingue National High School in Pagadian City to recognize Private First Class Ian Paquit, the youngest recipient of the most coveted medal at 21 years old.

He was posthumously awarded in 2013 for his exceptional courage during the Zamboanga siege.

He died saving his men on April 10, 1992 in the boundaries of Sagada and Bontoc.

More recipients of the award, both the dead and living, will be honored in the coming months. (Editor: Julie Espinosa)