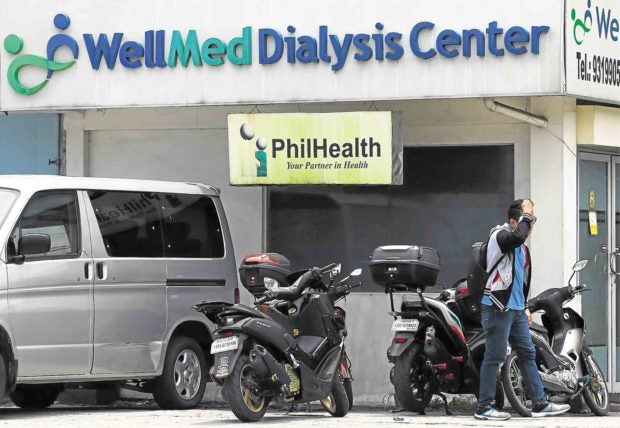 MANILA, Philippines–The National Bureau of Investigation (NBI) on Tuesday filed before the Department of Justice (DOJ) criminal complaints against the owner and executives of WellMed Dialysis and Laboratory Center implicated in the alleged “ghost” dialysis treatment claims paid by the Philippine Health Insurance Corp. (PhilHealth).

Charges for violation of Article 315 of the Revised Penal Code (RPC) or Estafa and Falsification of Documents under Article 172 have been filed against Dr. Bryan Sy, named owner of the WellMed treatment center.

WellMed allegedly received payment claims from PhilHealth for dialysis treatments even if the patients have long been dead.

Roberto, former assistant manager at WellMed, in his sworn statement said it was Sy himself who ordered him on March 30, 2016 to try to charge PhilHealth with claims of two dead patients amounting to P2,600. It was De Leon whom he instructed to prepare the forms.

Roberto revealed that before he resigned in March 2018, PhilHealth paid WellMed a total of P600,600 consisting of 200 sessions from dead patients.

Aside from that, Roberto said that there were also previously unpaid claim of P208,000 for 80 sessions, which was also paid.