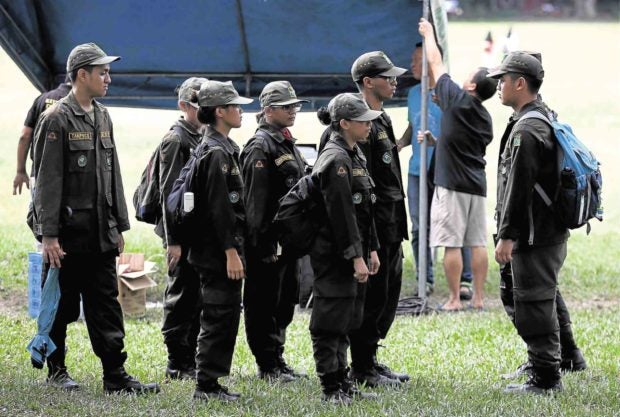 This undated file photo shows ROTC cadets reporting to their officers at the Sunken Garden of the University of the Philippines in Diliman, Quezon City. The House Committee on Basic Education and Culture approved on Wednesday, Jan. 30, 2019, a bill seeking to revive the mandatory ROTC for students in Grades 11 and 12. (Photo by LYN RILLON / Philippine Daily Inquirer)

In a letter addressed to Senate President Vicente Sotto III on Monday, Duterte certified as urgent Senate Bill No. 2232, which mandates the “institutionalizing, development, training, organization, and administration” of basic ROTC for Grades 11 and 12 in public and private educational institutions.”

The President said the mandatory ROTC was needed for the Filipino youth “to invigorate their sense of nationalism and patriotism necessary in defending the State and to further promote their role in nation-building.”

In November 2018, Duterte said he might issue an executive order (EO) for the revival of the mandatory ROTC if it was legally possible, citing it would “instill patriotism, love of country among our youth.” 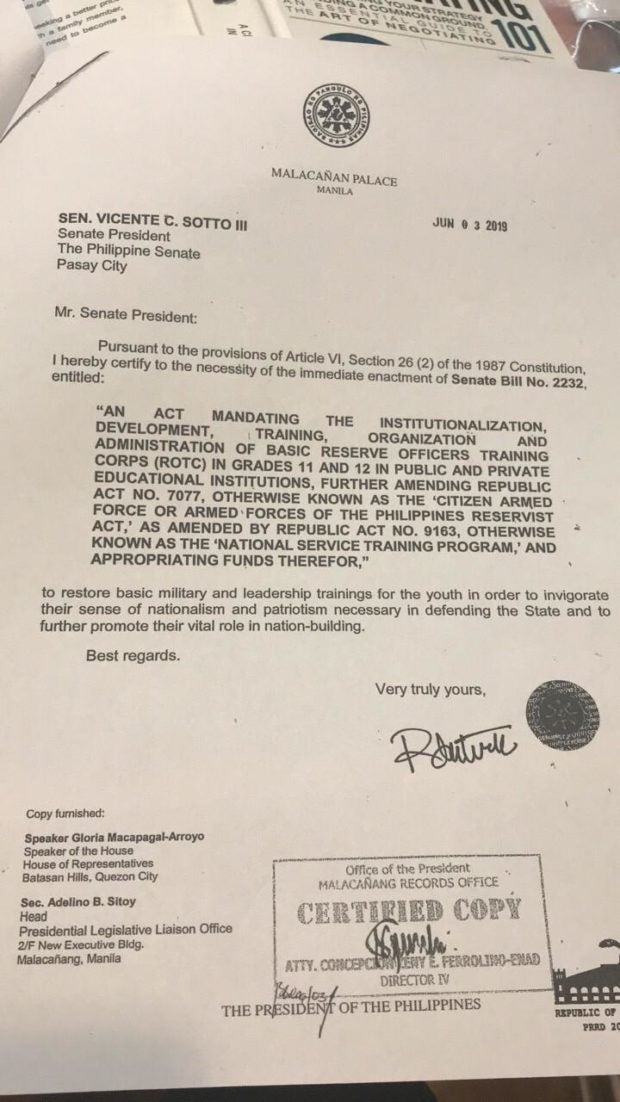