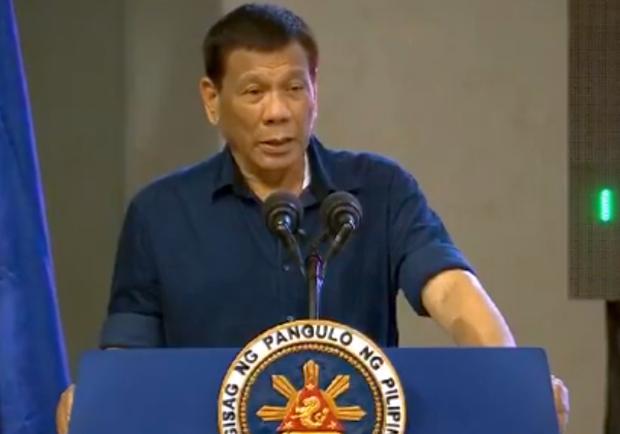 Duterte made the remark as he called on Congress to pass the Reservist Employment Rights Act and enact a law to require mandatory ROTC again.

“Let me take this opportunity to ask Congress to expedite the passage of the Reservist Employment Rights Act that is currently pending in both houses of Congress,” Duterte said in his speech during the 35th Founding Anniversary of Army Reserve Command in Camp Regio de Dios, Tanza, Cavite.

“I likewise encourage [Congress] to enact a law that will require mandatory ROTC for grades 11 and 12 so we can instill patriotism, love of country among our youth,” he added.

If Congress does not heed his call, Duterte said he would do it himself by issuing an EO, stressing that it is a “constitutional requirement” to prepare citizens to defend the country.

“Ewan ko kung madali ito ng EO. Kapag madali ang EO siguro, executive order, baka mapilitan ako if they will not act on it. I said that this is a constitutional requirement that you must prepare to defend your country,” he said.

The implementation of mandatory ROTC stopped in 2001 after University of Santo Tomas student and ROTC member Mark Welson Chua was found dead after exposing the alleged corruption in his unit.

The following year, ROTC was made optional and voluntary through Republic Act 9163 or the NSTP Act of 2001.

In February 2017, Duterte approved the Department of National Defense’s proposed bill to revive the mandatory ROTC training for senior high school students in both public and private schools. He certified the proposal as urgent and forwarded it to Congress and Senate.