COTABATO CITY – A fisherman adrift off the coast of Maguindanao for 24 hours was rescued after he stabbed to death a fishing boat captain.

Tired, hungry and still wearing his life vest, Rabe told the police he had been at sea for more than 24 hours. 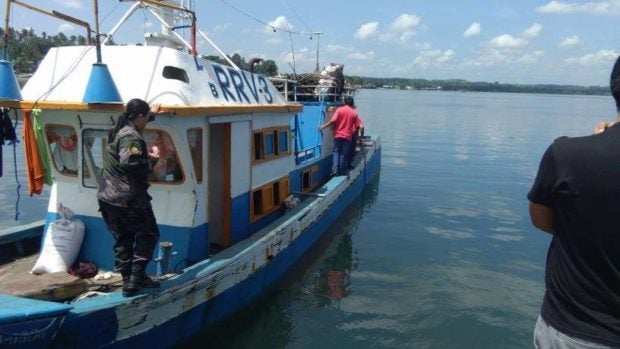 When questioned, Rabe said he is a crewmember of MV RRV-3, a light fishing boat.

Rabe told investigators that they were on their way back to Pagadian City when the vessel encountered engine trouble.

Rabe said a heated argument ensued between him and Pagnete while they were fixing the engine, which led to the stabbing incident.

He said he jumped overboard to evade arrest and prosecution, but his conscience bothered him.

The Maguindanao maritime police found the disabled fishing vessel and the remains of the slain captain near Bongo Island in Parang, Maguindanao at dawn Wednesday.

Staff Sergeant Faidzal Sendad, maritime police investigator, said authorities were trying to reach out to the families of Rabe and Pagnete and the fishing boat’s owner.

Rabe is currently detained at the Parang municipal police station while a local funeral parlor attended to the remains of Pagnete.