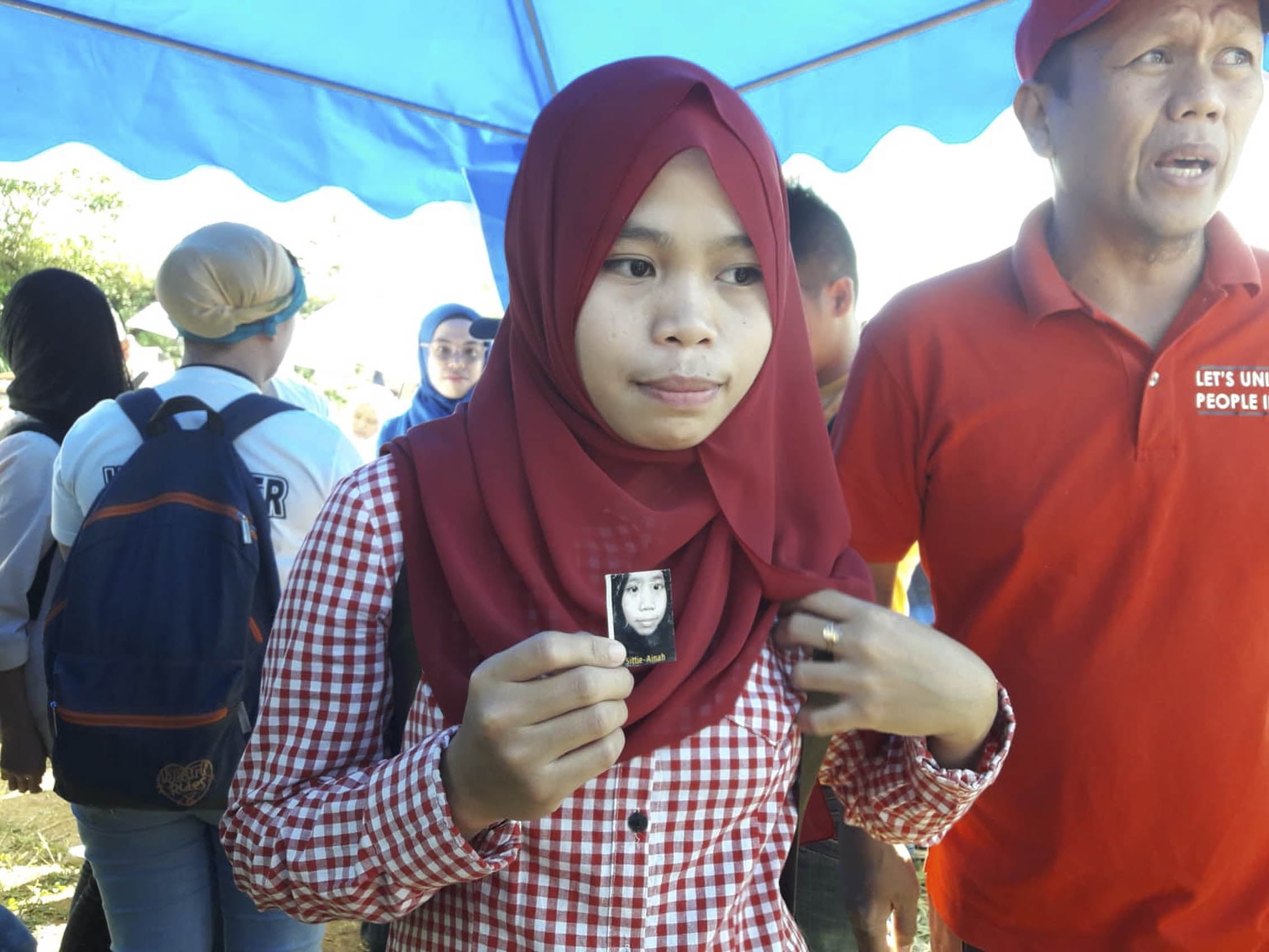 MISSING SIBLING Norsalima Abdulrahman, 17, shows on Thursday a picture of her 6-year-old sister Sittia Ainah, who disappeared at the height of the Marawi siege on May 23, 2017, and has remained missing two yearsafter.—DIVINA M. SUSON

BUTUAN CITY — The International Committee of the Red Cross (ICRC) in the Philippines has expressed concern over about 100,000 people who are still homeless two years after the siege that left Marawi City in ruins.

“Despite the numerous aid efforts that have truly helped those in need over the two years, the people of Marawi have grown tired and frustrated.

They want to stand on their own feet again and stop depending on assistance,” said Martin Thalmann, head of the ICRC delegation in the Philippines.

Marawi was attacked by an Islamic State-inspired group on May 23, 2017, and the ensuing five-month battle between government troops and the extremists has left “invisible” scars in the families of missing people and victims of violence, the ICRC said in a report issued to mark the second anniversary of the start of the siege.

These deep scars “continue to haunt over 100,000 people who still do not have a home to return to,” it said, adding: “Whether they’ve been living with relatives or are in evacuation centers and transition sites, the displaced people of Marawi struggle for access to potable water, viable livelihood opportunities and, most importantly, permanent shelters.”

In its report, the ICRC cited the case of 34-year-old Mel, a Marawi resident who had been severely traumatized by the conflict.

“And these are the most painful because they will always leave something to look at. Something that will always bring back memories of what happened. Nevertheless, it is still important because it is still a lesson.”

Mel and 700 other people are among those being provided care under the ICRC’s mental health and psychosocial support program, which was launched in October 2018.

“They need sustained support to recover mentally from the trauma caused by the conflict that has affected their overall wellbeing,” Thalmann said.

Talking about the ICRC’s next step, Thalmann said the organization would work on strengthening the capacity of the public health system in the area of psychosocial support to victims of violence.

The ICRC, with its partner, the Philippine Red Cross, has been providing support to distressed Marawi residents since the onset of the conflict.

Those injured during the fighting received ICRC support to cover the cost of their medical treatment. Those who were physically disabled as a result of injuries were provided prostheses and physiotherapy.

The organization continues to help displaced residents by restoring sources of income and improving access to water and sanitation in various sites.

It has also been working with families whose loved ones went missing during the conflict.

“We have been filling the gaps in the recovery response in coordination with the authorities and other aid organizations. But we can only do so much. The authorities still have the primary responsibility of providing sustainable solutions to help the people of Marawi,” Thalmann said.

Drieza Lininding, chair of the Marawi-based civic organization Moro Consensus Group, expressed agreement with the ICRC findings on the plight of the 100,000 internally displaced persons (IDPs) in Marawi.

Lininding was skeptical of the government’s promise to expedite the rehabilitation of the city and the resettlement of the displaced residents by the end of the year.

“The government is trying to show that they were able to [address] the issues and needs of the IDPs, but in truth, only a small percentage of the total number of IDPs have benefited,” he said.

“Of the more than 100,000 still displaced, how many were given transitory shelters or still live in tent cities? [Most] are home-based, coping for themselves and some being supported by their relatives. Thanks to our pride and resiliency, we are not in the streets begging for food.”

According to Lininding, it came as no surprise that many of the IDPs have become impatient and have begun doubting the government’s sincerity.

“It keeps offering timelines that it also reneges on,” he said. “I hope this time the government will change its approach and look into the people’s real suffering, not issue propaganda.”