Victim was sacked CIDG chief before he was sent to Mindanao
By: Dale Israel - @inquirerdotnet
Inquirer Visayas / 05:08 AM May 25, 2019 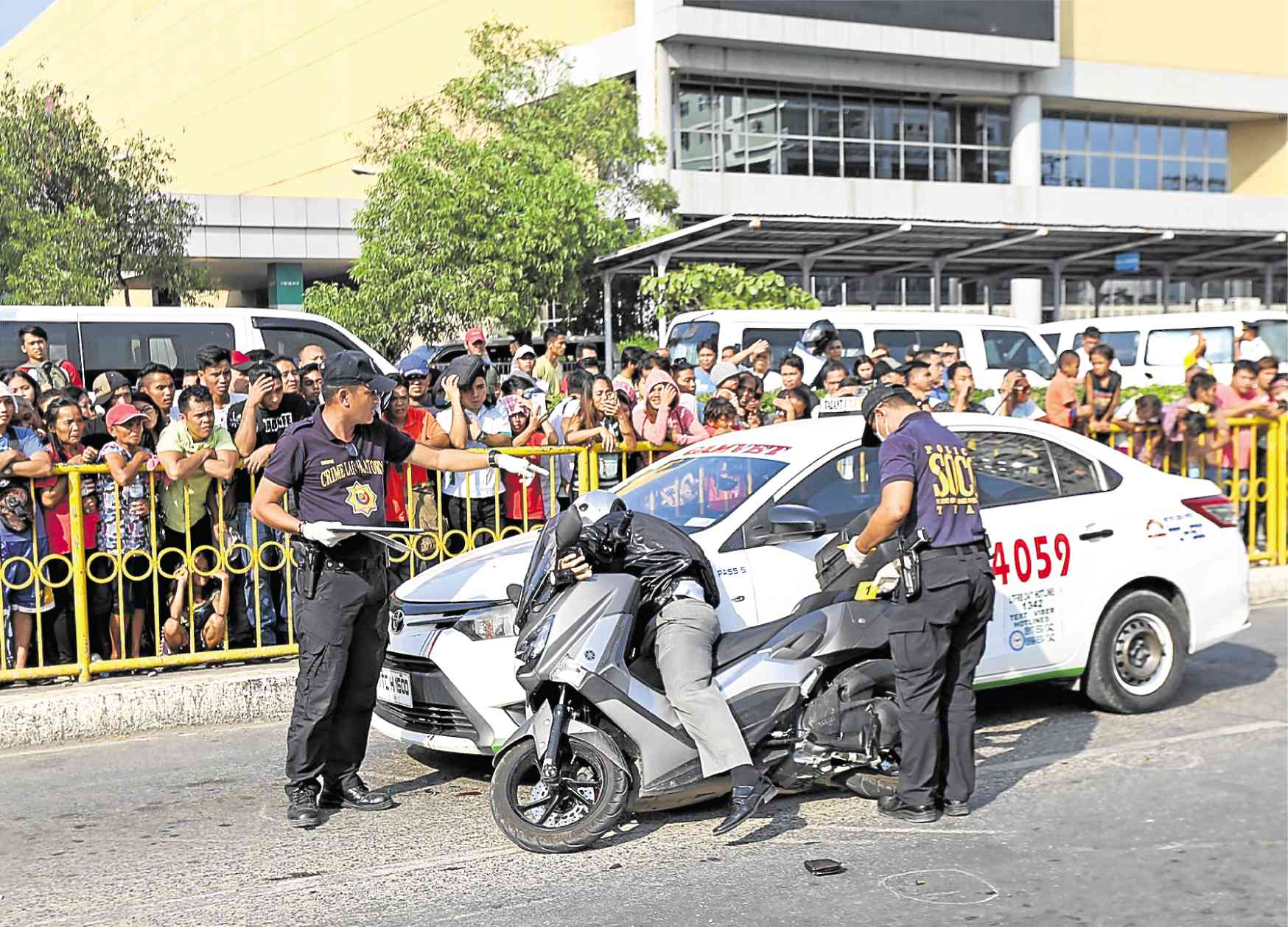 CEBU CITY — Christine Bontuyan was about to take her final examination in one of her law subjects on Tuesday when she received a text message that her father had been shot.

Bontuyan rushed out of her classroom to get to the North Reclamation Area and check on her father, Police Capt. Delfin Bontuyan.

At first, policemen stopped her from getting close to her father, who was slumped dead on the ground, since the crime scene had yet to be cleared.

Christine, Sangguniang Kabataan chair of Barangay Talamban here, is the only child of Bontuyan, a former head of the Criminal Investigation and Detection Group (CIDG) in Central Visayas before he was assigned to Mindanao in 2016.

Bontuyan was on his way home on a motorcycle after attending a court hearing at the Cebu City Hall of Justice on Tuesday when two men on separate motorcycles tailed him.

At the junction traffic lights, Bontuyan was shot several times.

Police Brig. Gen. Debold Sinas, Central Visayas police director, said there would be no special investigation on the killing of Bontuyan, citing his alleged involvement in illegal drugs.

“It is not automatic to create an SITG (special investigation task group), especially if the case has something to do with illegal drugs because President Duterte would get mad at us,” Sinas told reporters on Wednesday.

The investigation would be led by the Mabolo police station, located less than 50 meters from where Bontuyan was killed.

Sinas, however, admitted that no case was filed against the police officer because there was no evidence to pin him down. Instead, he said Bontuyan was relieved and sent to Mindanao “so he could no longer influence the investigation of drug cases and to cut his (illegal drug) network.”

The Bontuyan family, however, refused to comment on Sinas’ allegations and instead reiterated that the slain policeman was a loyal officer and a good provider to his family.

Christine said Bontuyan was a loving father who took his job seriously.

Christine, a third year law student at the University of San Carlos, said she promised her father that she would become a lawyer. She said her father was always there, protecting her from the problems confronting their family.

“Growing up, I felt very safe and very secure. And if someone asks me who my father is, I will be very proud to say that I am the daughter of Delfin Bontuyan,” she said, sobbing, during an interview at their house in Talamban.

“Everyone who is in our position, especially when you lose a loved one, you want to know why [this happened] … You will always be left wondering what happened? Why so sudden?” —WITH A REPORT FROM NESTLE SEMILLA