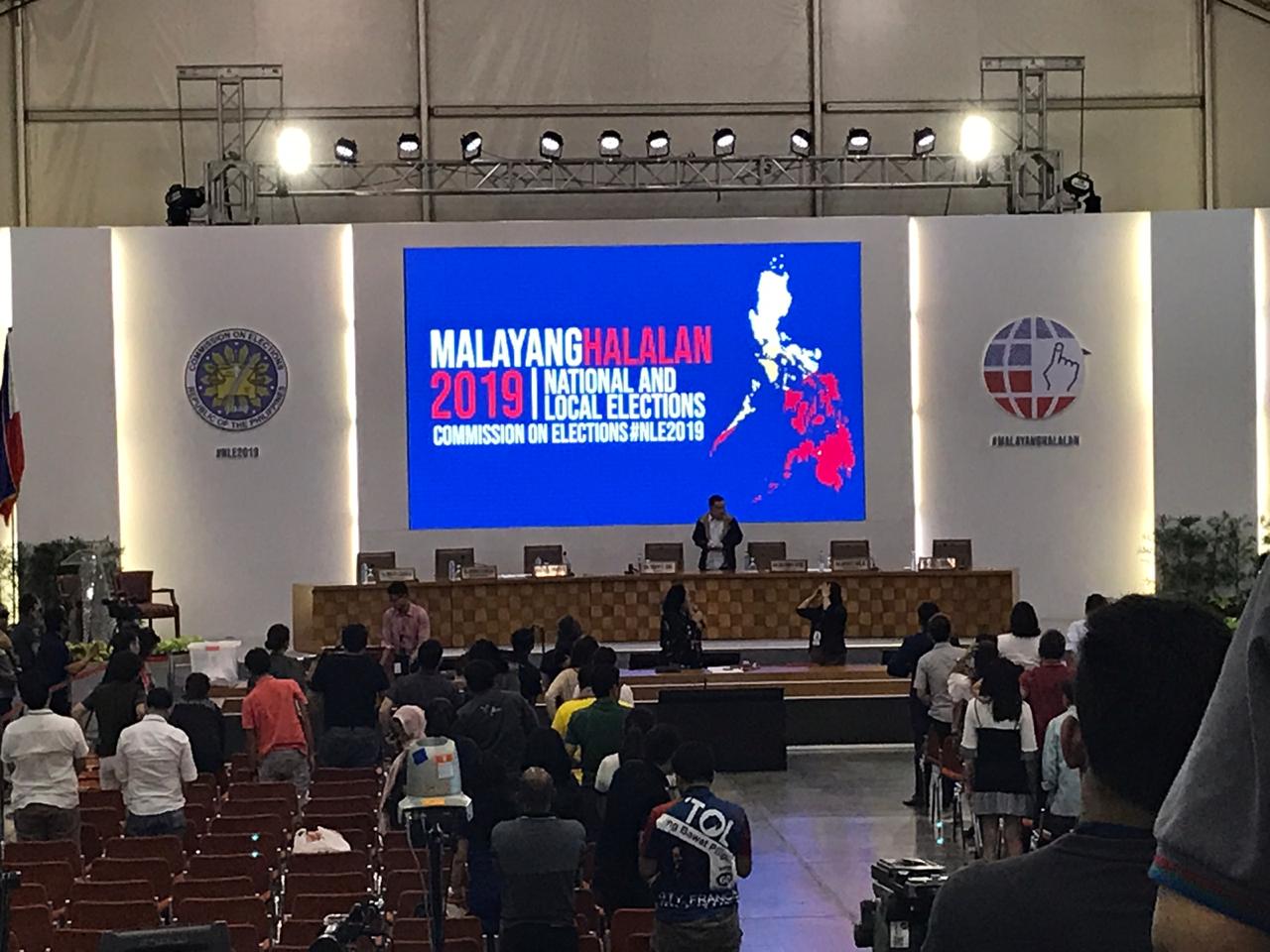 MANILA, Philippines — The Commission on Elections (Comelec), sitting as National Board of Canvassers (NBOC), resumed its session Tuesday to canvass votes from the two remaining certificates of canvass (COCs) for the May midterm elections.

The NBOC resumed its session at about 10:25 a.m. but immediately went on break after the secretariat announced that they received only the COC from the Kingdom of Saudi Arabia.

The Comelec is still waiting for the transmission of the COC from Washington DC in the United States.

The two are the last of 167 COCs to be canvassed at the NBOC’s command center at the PICC Forum.

The delay of the COCs from overseas absentee voting has been attributed to corrupted SD cards. Comelec had to send replacement cards from their warehouses.

As the Comelec wraps up its canvassing, the proclamation of winning senators and party-lists is expected to happen later in the day. (Editor: Cenon B. Bibe Jr.)