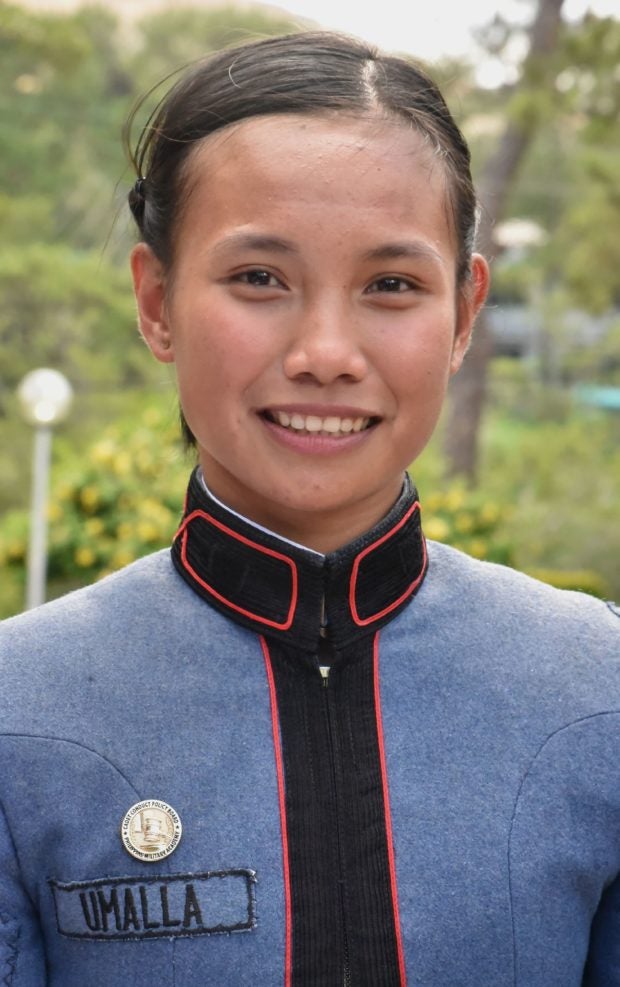 The graduating class has 73 female cadets. Members of the class will be commissioned as junior officers by President Rodrigo Duterte on Sunday (May 26).

The eighth top cadet, Cdt 1CL Glyn Elinor Buansi Marapao of Buguias town in Benguet province, is the sister of Eda Glis Marapao who was the third top cadet of the PMA Salaknib Class of 2017.

Umalla is the fifth female cadet to graduate as PMA class valedictorian.

Umalla was a second year undergraduate taking up Education degree at the First Asia Institute of Technology and Humanities in the Batangas town of Tanauan when she decided to enter the PMA. She will be joining the Navy.