Duterte won’t be at proclamation of new senators 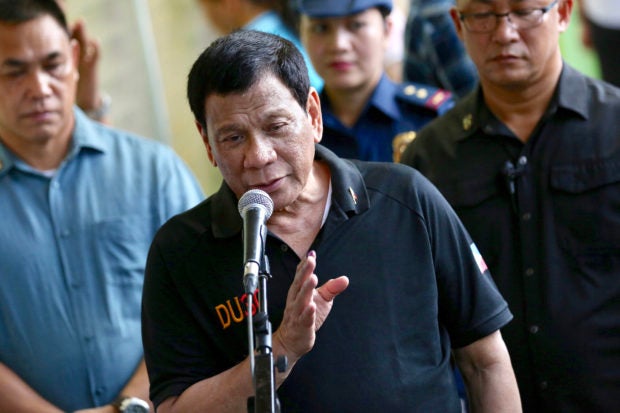 MANILA, Philippines — President Rodrigo Duterte will not attend the proclamation of newly-elected senators at the Philippine International Convention Center (PICC) in Pasay City on Tuesday.

This was confirmed by his trusted aide and presumptive Sen. Christopher “Bong” Go.

“No,” he briefly responded in a Viber message when asked if the President would attend the event.

Inquired about the schedule of the President, Go said Duterte would attend “Palace meetings.”

Go is among the 12 candidates who would be proclaimed by the Commission on Elections (Comelec) as among the new senators of the 18th Congress.

If he decided to be at the proclamation, Duterte’s attendance could be his first public appearance after his prolonged absence.

The 74-year-old President was last seen in public on May 13, when he cast his vote in Davao City.

During the filing of certificate of candidacy in October 2018, Duterte accompanied Go, which was later questioned for violating the four-companion rule.