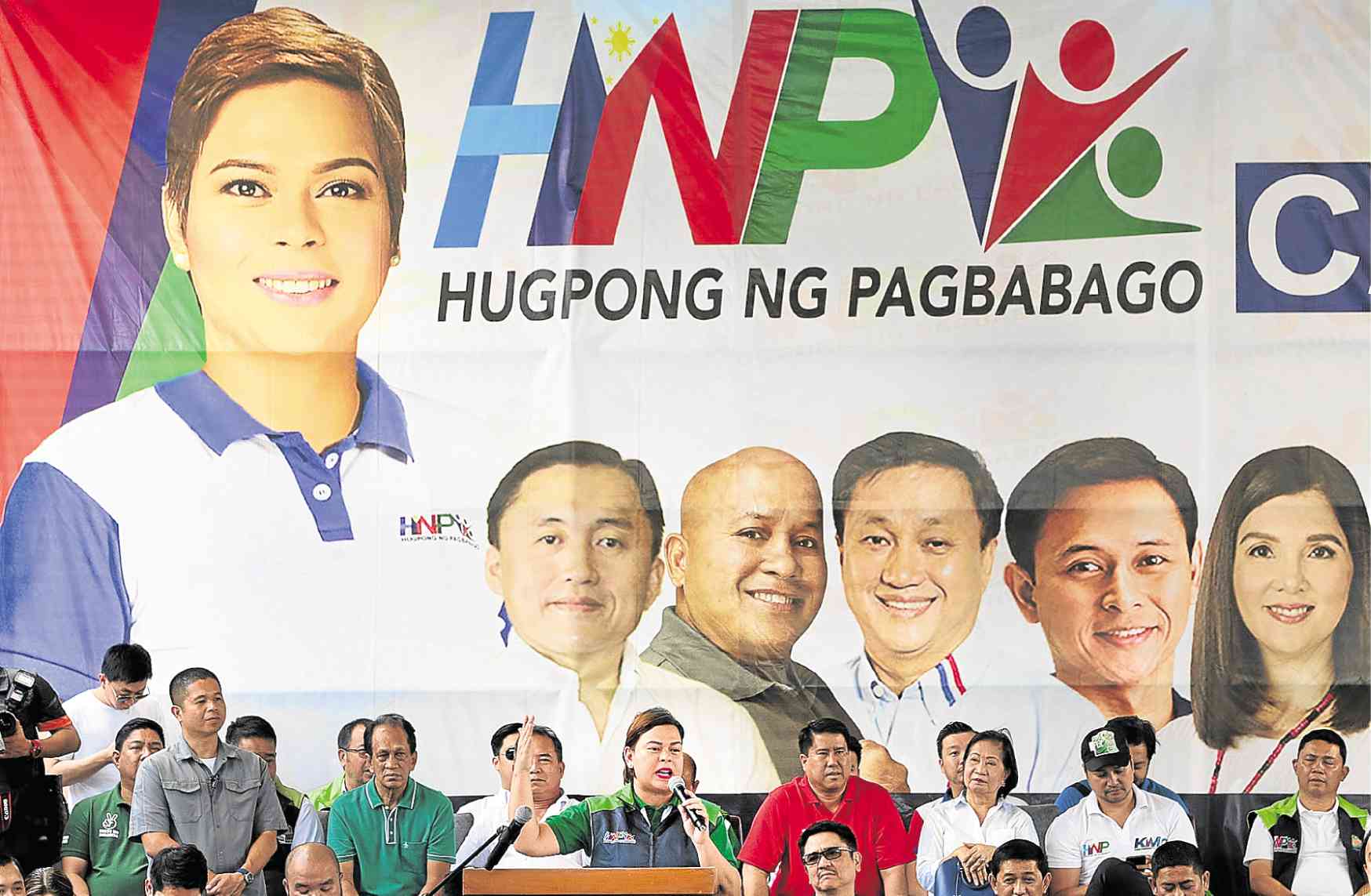 MANILA, Philippines — The top 10 vote-rich regions of the country contributed significantly to the victory of certain administration-allied candidates based on the Parish Pastoral Council for Responsible Voting (PPCRV)-Inquirer Transparency Server’s partial and unofficial tally on Wednesday morning.

Calabarzon (Region IV-A or Cavite, Laguna, Batangas, Rizal, and Quezon), which leads the list of 17 regions in terms of the number of registered voters (8,674,351 or 14 percent), delivered most of the votes for Hugpong ng Pagbabago (HNP) and administration-allied Sen. Cynthia Villar.

Of the eight-man opposition team Otso Diretso, only incumbent Sen. Bam Aquino made it to the “Magic 12,” occupying the 9th spot of the tally in the most vote-rich region.

The National Capital Region mostly coincided with the nationwide unofficial and partial PPCRV tally that has seen the lead of Villar, Poe and the dominance of candidates backed by President Rodrigo Duterte.

No opposition member made it to the winning circle in the capital region’s tally.

Central Luzon
In Central Luzon (Region III), actor-turned-politician Lapid outdid most other senatorial candidates and took the third spot after Villar and Poe. Aquino ranked 10th in the region, where his bailiwick Tarlac province is located.

Eight of the top vote-earners here were also allies of the President.

Opposition senatorial contender Mar Roxas notably failed to secure the highest votes his stronghold Region XI. Villar was number one in this region, followed by Poe and Aquino. Roxas was fourth.

Former Ilocos Gov. Imee Marcos maintained her grip in the North as she garnered the most votes there (1,656,882).

The rest of the ranking senatorial bets came from either the HNP or Duterte’s Partido Demokratiko Pilipino–Lakas ng Bayan, except for Poe, Lapid, and Binay who got the third, fifth and ninth spot, respectively.

No opposition senatorial bet cracked the Top 12 in these three regions with some 8.9 million total number of registered voters.

As of posting, 96 percent of nationwide election returns have been processed by the Commission on Election’s Transparency Server. Meanwhile, voter turnout was at 72 percent. (Editor: Cenon B. Bibe Jr.)