Who are the early winners in the Metro Manila polls? 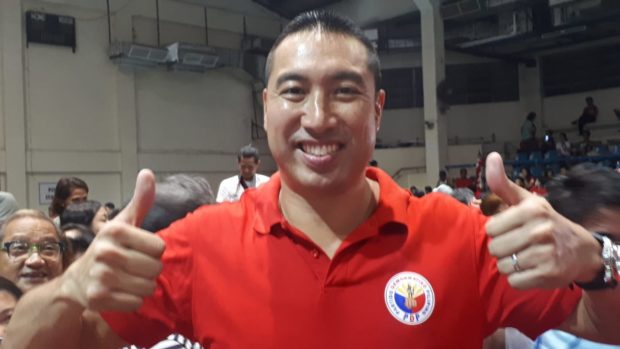 MANILA, Philippines—New and returning government officials in Metro Manila lead the cast of early winners of the May midterm elections. They were proclaimed just hours after voting ended Monday evening.

In San Juan City, Francis Zamora scored one of the biggest victories of this year’s elections, beating Janella Ejercito Estrada with a margin of 10,247 votes to end the five-decade reign of the Estrada-Ejercito clan in the city.

Results from the City Board of Canvassers showed that Zamora, running under the Partido Demokratiko Pilipino-Lakas ng Bayan (PDP-Laban), led the mayoralty race with 35,060 votes, while his opponent, Ejercito Estrada, running under the Pwersa ng Masang Pilipino (PMP), garnered 24,813 votes.

At 12:20 a.m. Tuesday, Mayor Rexlon Gatchalian earned a fresh mandate to lead Valenzuela City after a landslide victory.Gatchalian garnered a whopping 249,508 votes or 96.69 percent of the total number of votes for his third term as the chief executive of Valenzuela. 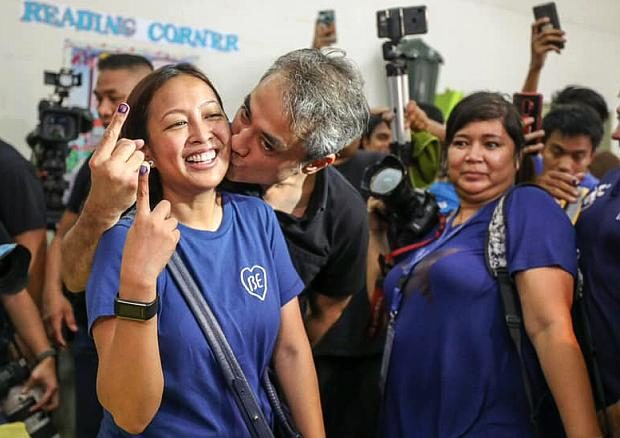 Reelectionist Makati Mayor Abigail Binay gets a kiss from husband Luis Campos shortly after casting their votes on Monday, May 13, 2019. (Photo from Binay’s Facebook account)

Meanwhile, Abby Binay emerged victorious for a second term as Makati City Mayor following her victory against four other candidates, including her brother Junjun Binay.

The Binay patriarch, former Vice President Jejomar Binay, however, failed to replicate the success of Abby after losing to Liberal Party (LP) candidate Romulo “Kid” Peña in their congressional derby.

Meanwhile, the City of Stars has a new mayor in Joy Belmonte after beating 1st Dist. Rep. Vincent “Bingbong” Crisologo of PDP-Laban.