Junjun on spat with Abby: ‘I could’ve been a better person’ | Inquirer News
Close
menu
search

Junjun on spat with Abby: ‘I could’ve been a better person’ 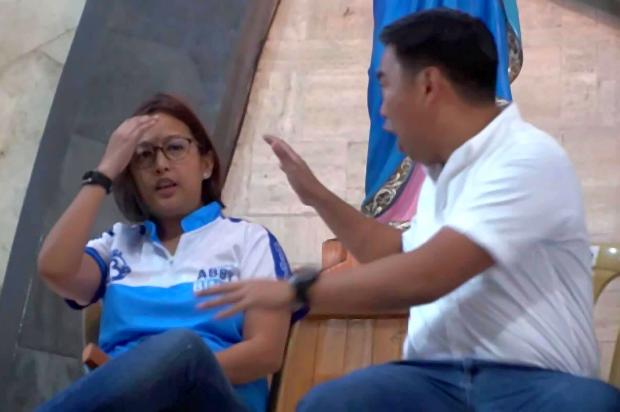 Makati Mayor Abby Binay (left) has an argument with her brother and political rival Junjun during an election forum at the San Ildefonso Parish Church in Makati on Saturday, April 27, 2019. (Photo by DEXTER CABALZA / Philippine Daily Inquirer)

“What happened in church was a regrettable incident. It should not have happened. I could have been a better person,” Junjun, speaking partly in Filipino, said in an ambush interview before capping off his campaign in Barangay Northside in Makati on Saturday. “But then, I’m only human. Getting shouted at, threatened, I couldn’t stand it. How I wish that event never happened.”

Recalling their argument in church, Junjun said: “My sister was glaring at me. She said I was telling lies. That was something else.”

Abby said she would ready to reconcile with her brother but only after she had a chance to “heal.”

“Again, the answer is I have to heal first before we get to talk about reconciliation. And healing will begin after elections,” she said.