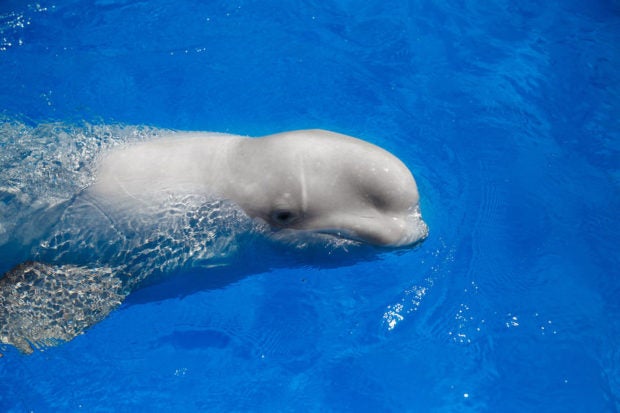 A beluga whale in Hammerfest, Norway, which was recently suspected of being an espionage device from Russia, retrieved a woman’s phone accidentally dropped into the ocean.

Ina Mansika went to Hammerfest to catch a glimpse of the famous “Russian spy” when her phone fell into the ocean, as per The Dodo on Tuesday, May 6. Just when she thought her phone would be gone for good, the whale dove to fetch her phone and returned it to her.

Mansika caught the moment on camera, which was uploaded by @mittnorge on Instagram last Tuesday. As of this writing, the post has garnered over 275,000 views and 47,000 likes.

“Everyone was so surprised. We almost [did not] believe what we saw. I was super happy and thankful that I got my phone back,” Mansika was quoted as saying.

The cetacean appeared in Arctic Norway last week, wearing a harness with the logo “Equipment of St. Petersburg.” According to Norwegian scientists in a report by NRK as per The Guardian, it is possible that the whale was being used as a weapon.

“We know that in Russia they have had domestic whales in captivity and also that some of these have apparently been released,” marine biology professor Audun Rikardsen, of the Arctic University of Norway, reportedly said.

While this has not yet been confirmed, Norwegian officials are planning to transfer the beluga whale to a sanctuary in Iceland, according to The Washington Post.  Casey Eridio /ra