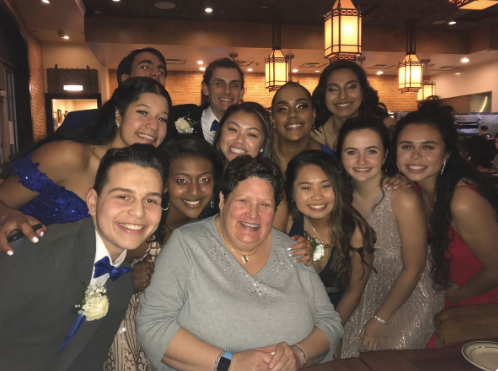 Prom is a defining moment for many students’ high school lives, but for one group of students in Maryland, United States, this was made even more memorable, thanks to one kind stranger.

A group students from Clarksburg High School arrived at a Ted’s Bulletin restaurant to have dinner before heading to prom, as per Fox 5 last April 30. The group of 11 was apparently spotted by a woman, a regular in the restaurant. She thought the students looked stunning and sent the server, Antonio, to the group to tell them their dinner was on her.

“He told us there was a lady that night who was a regular customer at Ted’s,” said Therese de Leon, one of the students, according the report. “She wasn’t served by our server, Antonio, that night but usually is… She told him that we looked absolutely stunning and offered to pay for our dinner — anything we wanted.”

De Leon and her group first thought they were being pranked and were in disbelief when they were told the woman was serious.

The identity of the woman was revealed to the prom group by the server after their dinner. She wanted to remain anonymous, as per the report, but the server wanted to tell the group because he had never experienced such a thing before.

“What we will never forget were the kind words she left with us,” De Leon said. “Before we left her table she reminded us to ‘always love ourselves’ and to remember that ‘we are beautiful inside and out.’”

She added she and her friends have read about generous people like the woman who are kind to regular people like them, but never imagined they would experience such generosity personally.

“It was refreshing and enlightening to know that there are still kind-hearted people out there,” she said. “We never would have thought we would be able to experience generosity of this scale.” Cody Cepeda /ra