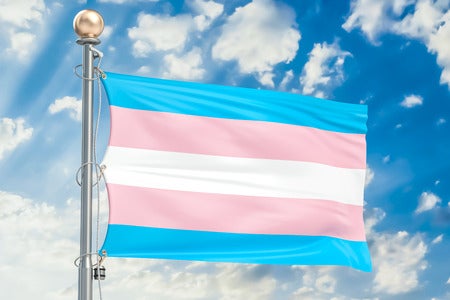 A transgender senior student in Georgia, USA, spoke out after his high school removed his nomination from the prom king ballot—and fellow students are rallying behind him.

Seventeen-year-old Dex Frier of Johnson High School was one out of six candidates nominated for prom king by the student body, as per Gainesville Times on March 20. Frier was moved by the overwhelming support of his fellow schoolmates, but this was cut short when he was told by school officials he can only be on the prom queen ballot.

Frier, whose birth name is Phenix, has identified as a male since his sophomore year in high school.

“It’s not a choice,” Frier said, according to the report.

The school’s decision prompted students to come out in support of Frier. An online petition at Change.org, called “Allow transgender boy to run for Prom King,” was launched and asked the school to allow Frier to remain as a male member of the prom court. The removal of Frier was apparently proposed by Will Schofield, superintendent of the Hall County Schools, to the high school.

“Prior to Mr. Schofield’s interference, we, the Johnson High School student body, elected Dex Frier to represent us as a male member on Prom Court,” the petition said. “This was a free-response, purely democratic election system in which Dex was one of six males who received the most votes.”

The petition also called out Schofield’s decision as “an exposition of a transphobic attitude that endangers many more” than just Frier.

Meanwhile, Schofield has since stated that the school district has never removed anybody from the prom court, as per the report. He also declined to respond publicly in regard to the issue to “protect the rights of our student body.”

“I am not interested in being responsible for placing our school district in the middle of a national social, societal and legal issue, which would have the potential to substantially disrupt us from our core mission of providing an education for the boys and girls in our community,” he was quoted as saying.

Frier, meanwhile, plans to attend their prom on Saturday, March 23, come what way.

“I will go to prom regardless of the outcome because I just want to be with my friends,” he said in the report. “I wouldn’t want to be surrounded by any other people.”  Cody Cepeda /ra