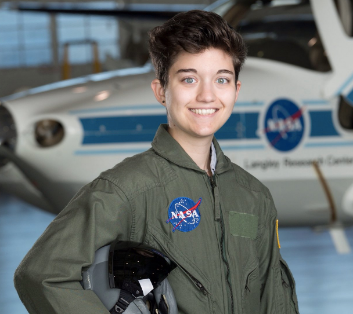 One intern from the National Aeronautics and Space Administration had something to say after the United States Supreme Court recently allowed President Donald Trump’s ban on transgender military service.

The transgender military ban took effect on Tuesday, Jan. 22, despite the lower courts prohibiting Trump’s administration from carrying on the controversial ban.

Victoria Wegman, who identifies as non-binary, took to Twitter to air out their grievances regarding the ban.

“I’m a nonbinary NASA intern. Nothing about my identity makes me any less capable of working in the government,” said Wegman. “This administration is manufacturing oppression as a distraction from real issues. #TransMilitaryBan.”

I’m a nonbinary NASA intern. Nothing about my identity makes me any less capable of working in the government.
This administration is manufacturing oppression as a distraction from real issues. #TransMilitaryBan
PS my coworkers and I are getting pretty desperate #shutdown pic.twitter.com/VEBUiUrpI0

Wegman interned for NASA twice, back in 2017 as a communications intern and from August to December 2018 under web and media development at the NASA Langley Research Center.

“My coworkers and I are getting pretty desperate #shutdown,” Wegman added to the tweet, referring to the U.S. government shutdown that began on December 2018, Wegman’s last month at NASA.

Over 800,000 federal workers have been affected by the government shutdown thus far, with many relying on GoFundMe pages and restaurants offering free meals for their food, rent and other needs, after missing their first pay checks last Jan. 11.

Many NASA employees would also be affected by the shutdown. As per NASA, their only excepted employees during a government shutdown are those who are involved in space launch hardware processing activities, operating the International Space Station and completing research that would otherwise cause serious property damage if temporarily suspended.

Other employees would be placed in a non-duty, non-pay status because of lack of work and funds. JB